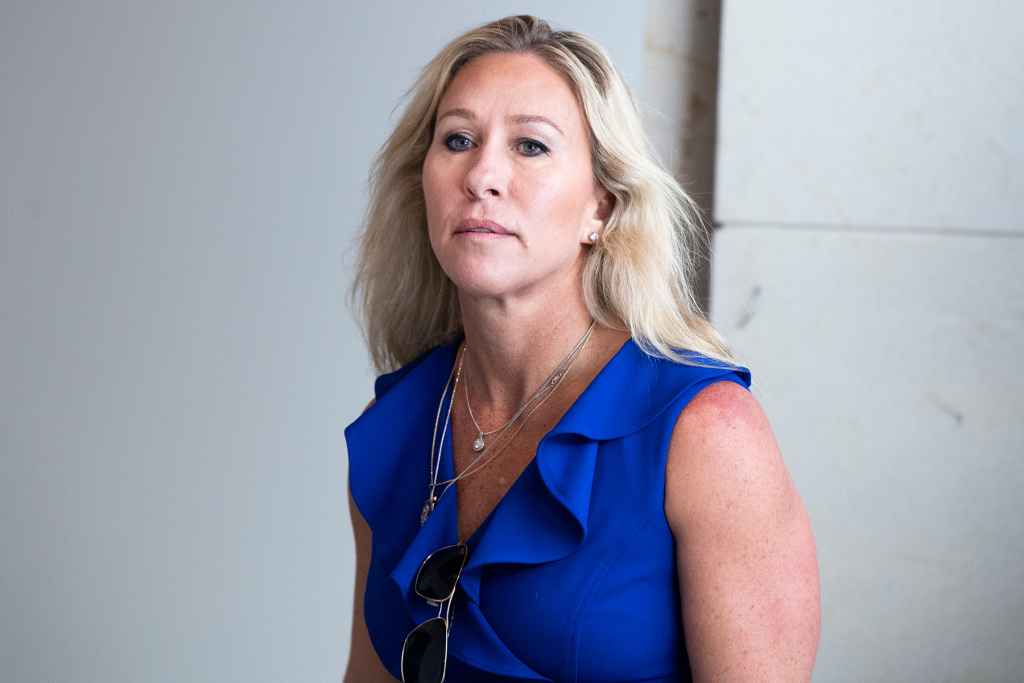 After Alexandria Ocasio-Cortez, a famous congresswoman and lightning rod for conservative’s sexual rage, was spotted at yesterday’s Met Gala clad in a dress that read the words, “Tax the Rich,” she was met with an enormous amount of criticism from her political opponents. Many found it hypocritical for her to wear this message at an event with such a high ticket price. Thankfully, however, America’s favorite CrossFit and Pizzagate enthusiast, Marjorie Taylor Green has found a solution that will end this dress drama once and for all. Next year, Green will show up to the Met Gala clad in a dress reading the words, “Tax the Poor,” in a compromise bound to please everyone.

Conservatives and liberals rejoice, as now both sides of the political spectrum can express their messages in fashion form at the Met Gala. Now, onlookers and Met Gala attendees alike can hear both sides of the story, allowing them to formulate their own opinions, as they admire celebrity outfits. This is, at the end of the day, what America is all about. When someone makes a point about an issue in a public setting, should we take that point into consideration like a bunch of communists?! No! We make sure to give a voice to that person’s opposition, let them drown each other out, and then ultimately do nothing about the issue. Let freedom ring!