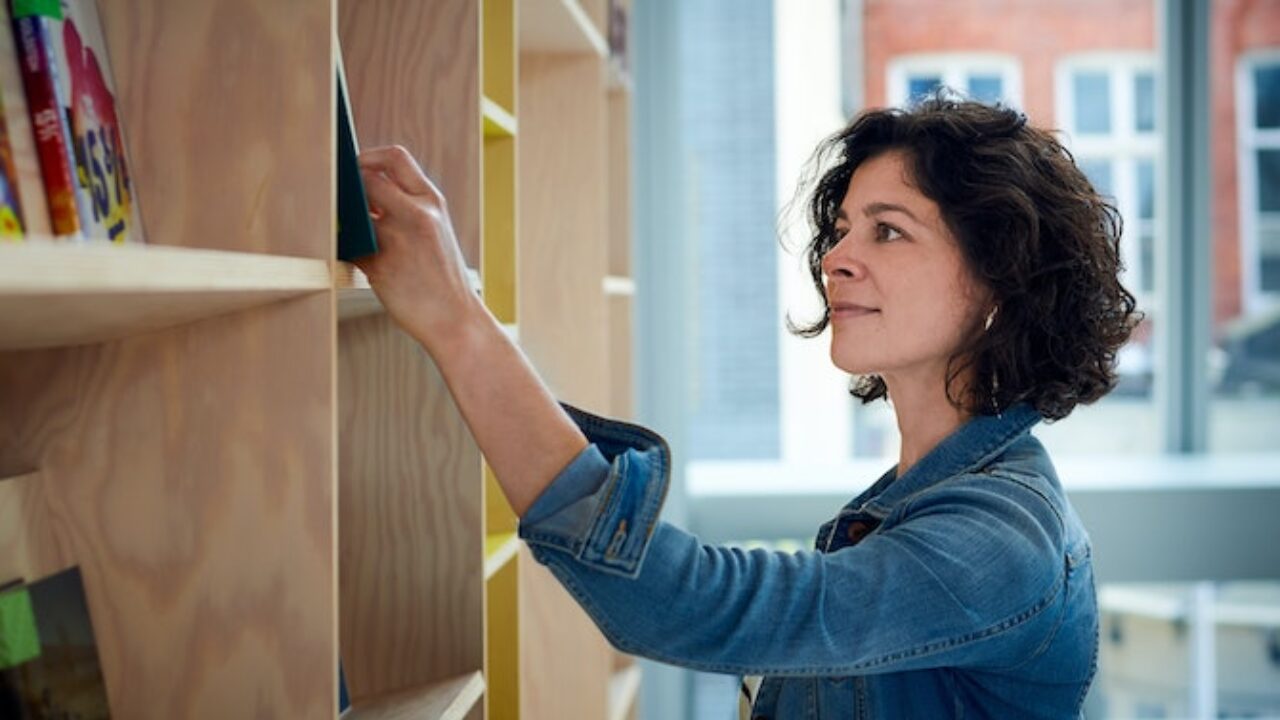 MINNEAPOLIS – A woman working at a library was caught breaking one of the golden rules of artistry she had been preaching for decades: never judge a book by its cover.

“I thought I was doing it discreetly. I’ve seen coworkers bang in this corner,” admitted Jamila Temesgen, a librarian of 19 years. “We have a small CD section by the computers, and I decided to check out some albums I’ve never heard of when I was tidying up. The first one I chose was hauntingly beautiful. I would have bought that as a painting. The album was ‘Take a Look in the Mirror’ by Korn. After I listened to the first song, the only thing I wanted to do was look at the trash can. All that wonderful, dark art wasted.”

“However, I did want to do a bit of a control check as well. I picked out the horrible album cover for Led Zeppelin III, but I was blown away by the music inside. The cover made me feel like I had to look for Waldo even though he wasn’t even in the picture. Someone should have been fired for that. Maybe smacked."

“I’m not going to lie,” confessed Temesgen. “I also do the same with wine. Cabernet Sauvignon? Merlot? Chardonnay? I don’t care. I just want the wine with Snoop Dogg on it. I think it’s called 19 Crimes.”

Bauke Scheepstra, the recently hired intern who discovered Temesgen’s mortal sin, didn’t know what to think. She said her whole world had been flipped upside down.

“It’s crazy, even in the short time I’ve known her, I had never heard anyone say don’t judge a book by its cover as much as she had. This is like finding out that Pluto's not an actual planet. He’s a cartoon dog. We pass down the credence like the first rule of Fight Club. It’s a concept we live and die for. We are bound to it. To know that my mentor and boss breaks the covenant all the time breaks my heart. I felt guilty enough about buying Toblerone chocolate just because I like the package. Has my whole life been an entire lie?”

More from this author here