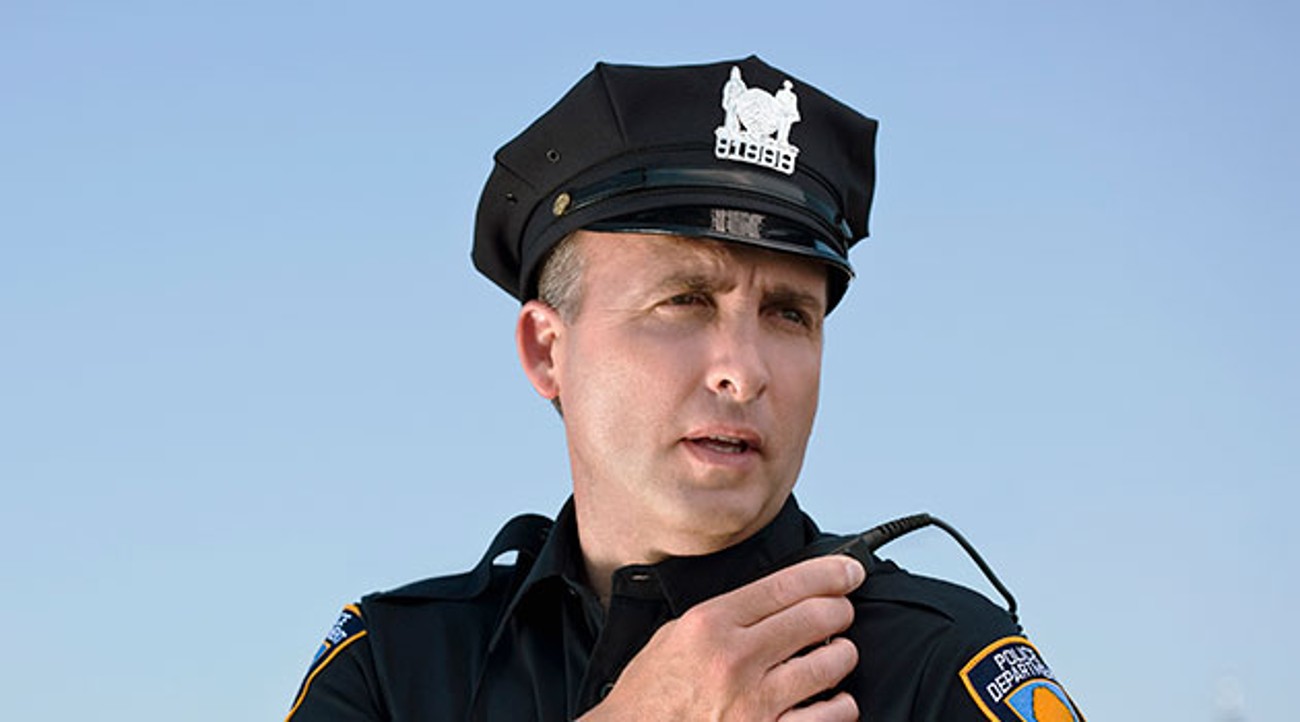 TOPEKA, Kan. – Officer Wesley Wilbur hit a roadblock he didn’t expect when he recently arrested a woman for jaywalking: she was pregnant, sources confirmed.

“I believe life begins at conception, so I was struggling because I couldn’t arrest the mother without arresting him or her,” confessed Wilber. “Side note: I don’t actually know the gender of the fetus, but I’m not saying ‘they/them.’ The only time I use ‘they/them’ is to describe certain groups of people who aren’t really like me – wink, wink. Anyway, as a staunch supporter of these ‘Heartbeat Bills’ that are rightfully picking up steam around the country, I was a little conflicted. I can only arrest whoever is suspected of a crime or in the act of committing one. Well, that part’s not true. I can arrest anyone I want. I once apprehended a man who was wearing pink. I hate pink. I don’t care if it was Breast Cancer Awareness Month.”

Wilbur said he tried to come up with a few solutions.

“I thought about performing a C-section, but then I realized the baby would now be outside the womb. That’s generally when I start losing interest in people,” admitted Wilbur. “Another option was to have her hold her belly outside the car window, so the baby was not technically being held against its will. We would apply the same principle in a jail cell. However, I could theoretically charge the baby as an accomplice and get the bonus for arresting two people with one pair of handcuffs. That’s the equivalent of hitting for a cycle in a baseball game.”

Deena Wiley, the woman who was arrested, said she thought she was on a reality prank TV show.

“First of all, I’m pissed that I got arrested for jaywalking,” fumed Wiley. “Apparently walking across my driveway counts as jaywalking because he sprinted right at me. When he slapped the cuffs on me while I was on my belly, I told him I was pregnant so I could turn me over. He immediately got off me and scratched his head. He kept debating with himself whether he should make the arrest or not. As an ardent proponent of female bodily autonomy, I found his struggle to be hilarious.”

At press time, Wilbur was still standing in Wiley’s driveway talking to himself with a scrunched-up look on his face.