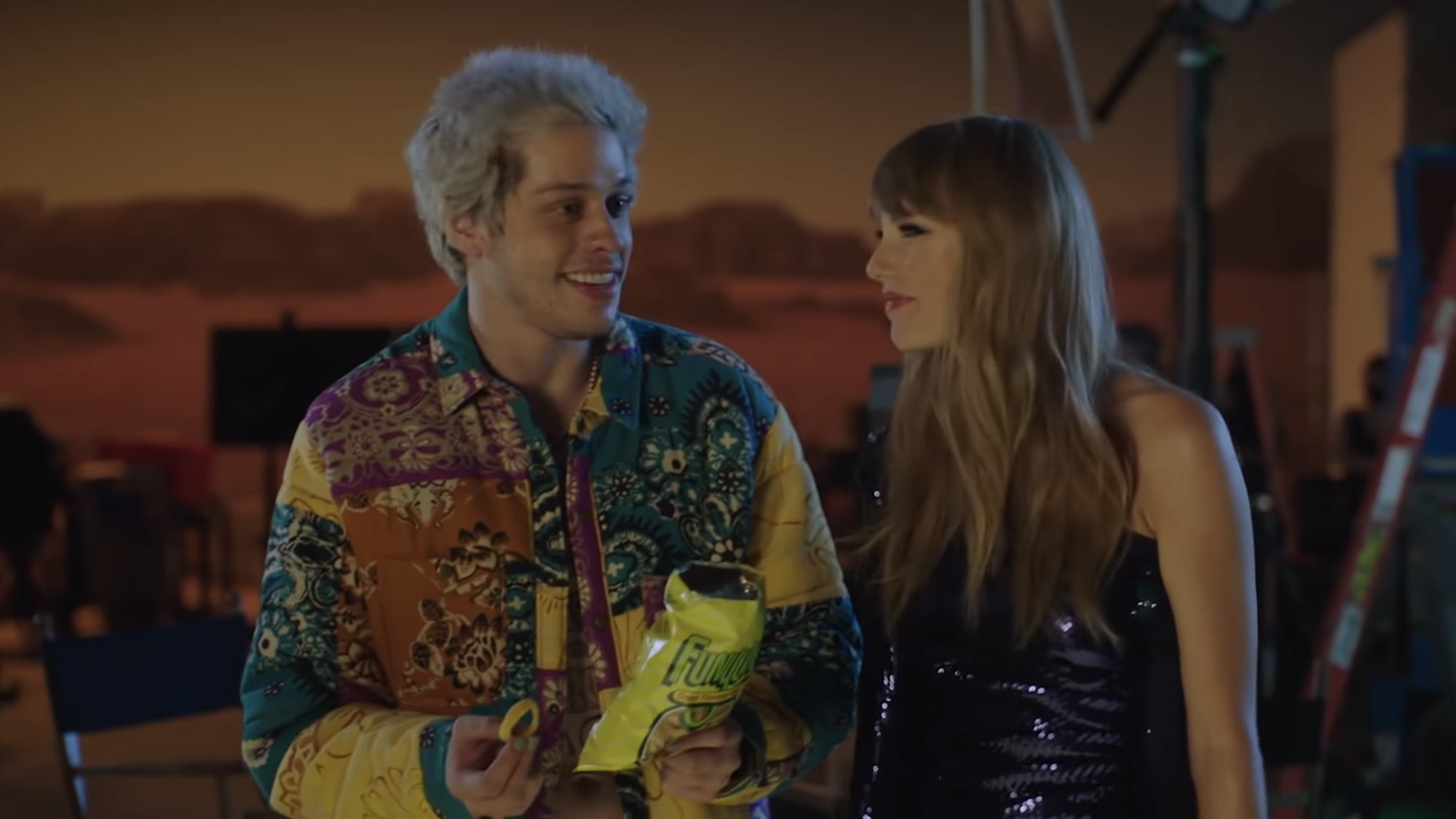 Taylor Swift is reportedly working on a new album, chronicling her future breakup with Pete Davidson.

“I know we haven’t dated yet, but we were in an SNL skit together recently, so it kind of feels inevitable,” Taylor said with a shrug.

Some titles include, “I Knew You’d Steal My Lighter When You Walked In” and “Blank Face”.

“Yeah, she’s pretty hot,” says Pete, who was recently seen with Kim Kardashian on a Staten Island date after guest-starring with her on SNL. “I’m concerned the next guest is gonna be like Christopher Walken or something. I dunno, he’s still got game I guess, but he’s not really my type.”

Swift fans have already gone on the defensive, compiling a list of Davidon’s perceived sins. The list highlights Pete’s rude behavior, and Pete and Ariana’s 5 month age gap as evidence that Pete is “a bad person.”

Taylor Swift commented, “I’m very excited to start this new chapter of my life with Pete. My new album will come with an accompanying 16 hour Ken Burns-style documentary on the time Davidson fell asleep instead of texting me, ‘No I love YOU more,’ for the 8th time.”