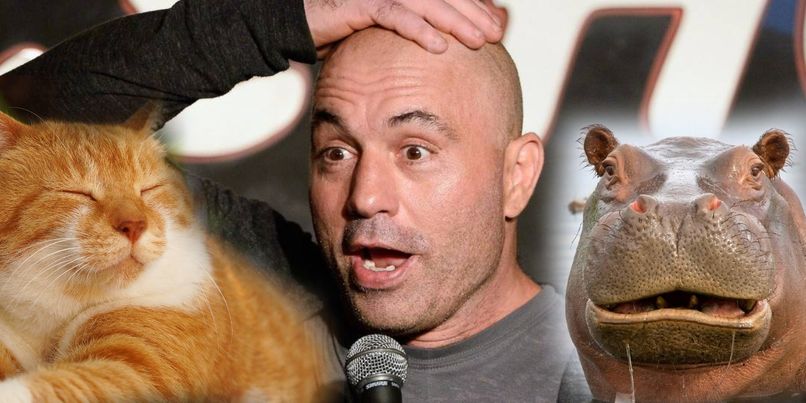 If you follow the news, and by that I mean Facebook shitposting groups, you’ve undoubtedly heard that Joe Rogan has recently ingested ivermectin in response to testing positive for Covid. We at ManFacts, of course, support this decision, and have the highest weekly record of sick staff members to prove it.

That being said, the decision to inject horse dewormer is not crazy, and Joe himself has taken a myriad of animal dewormers to solve a litany of other problems. We called him and asked him to make a statement on each dewormer. Joe agreed because, at this point, he will talk to any dumb asshole with even the smallest platform – even us.

When we asked Joe why he took goat dewormer, he said, “Uhh yeah, man, goats are scary, you know, they’re demonic. I heard a guy who once told me that if you take the dewormer, they’ll accept you as one of their own.”

When we stated that this didn’t really make sense, he immediately responded, “yeah, I take it with a lot of animals. I’ve also taken dog dewormer. Think about it, you’re rolling around, cuddling with those guys all day. My dog sleeps in my bed and I don’t wanna catch worms from him, so I gotta also take the dog dewormer.”

While we tried calling our interns to see if we can rebrand dog dewormer for our online store, Rogan continued, “Yeah rats too. Ever get bit by one of those? Boom, worms. You gotta avoid that, I read once that rat worms actually cause your brain to shrink and for your bones to lose density. A shot a day will cure you.”

“Absolutely brilliant,” we said. Rogan responded, “Well sure, it’s brilliant, it’s why I also did it with my cat! You know cats can give you worms through scratches even. It’s called Cat Scratch Fever worms.”

“Can we get that on a T-shirt?”, I texted our marketing department. Joe didn’t notice that I was texting and he informed us that, “You also got to take Hippo dewormer. Those things are dangerous, man! They’ll charge you and tear you apart. And maybe give you worms.”

Our jaws dropped. This dude is a goldmine for dangerous, reckless products to sell. “Yeah, and snakes are really really scary,” Joe said. “I took dewormer just because I don’t like them, and they creep me out.”

One of our interns asked, “Do snakes get worms?” I fired him immediately. I don’t know why we have that weirdo. Last time we go on craigslist for unpaid interns. Rogan was on a roll. “They shoot venom, those platypuses. The only thing that can counteract that venom is dewormer.”

At this point, we were getting kind of tired. We had enough ideas for products, but Joe kept going. “After I found out it was a bat that started all this, I took bat dewormer immediately.”

“Goodbye Joe,” I said. He wasn’t stopping but we had to leave, it was getting late. “The only way to get rid of worms totally is to deworm the worm. But you also don’t want any worms so you have to take a dewormer to deworm yourself before you can deworm the worms.”