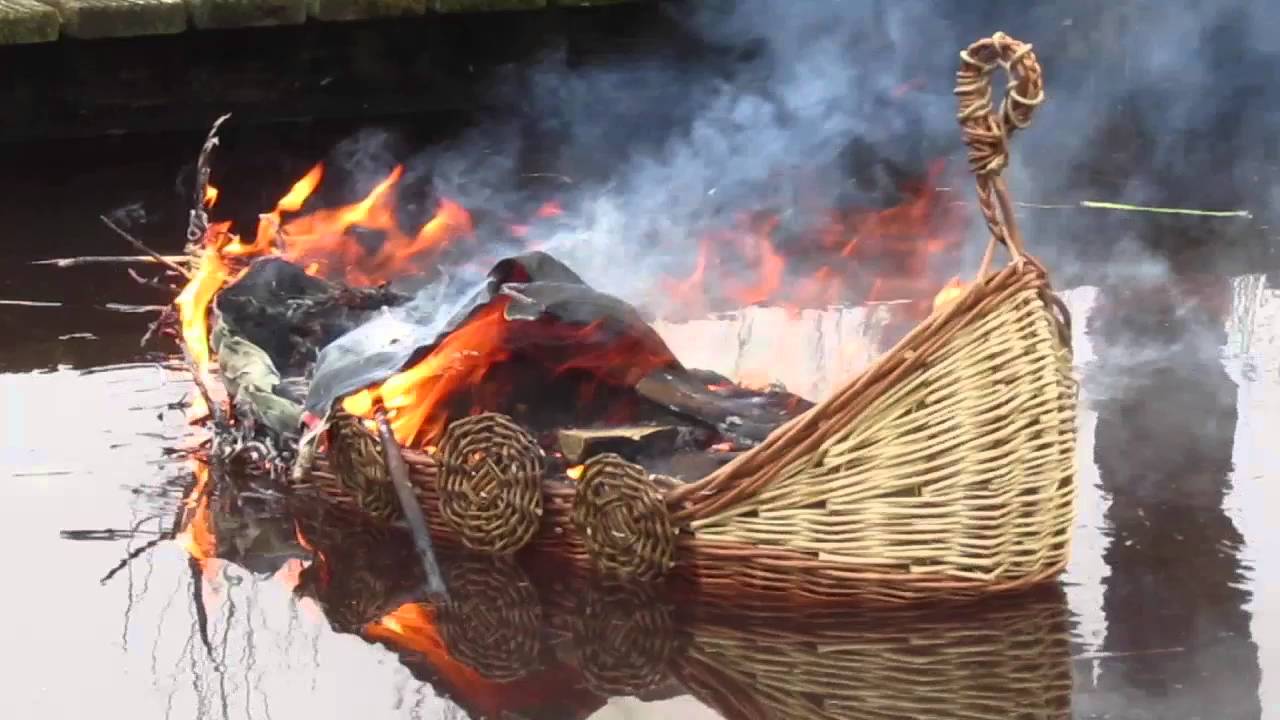 OHIO - Earlier this week, a man representing the modern-day image of a warrior king died tragically after overdosing on Alpha Brain. His name was Alexander Fink and he is missed dearly by his friends and family who held a Viking funeral for him to fulfill his last request. One friend close to Alexander spoke about the circumstances of his death and the tragic loss that everyone in the community is suffering from.

“Alex was a good man. He was a kind man, but not too kind like those weirdo men. He was slowly turning himself into an apex predator, truly pushing the limits of what the human body was capable of. I watched him consume nothing but sawdust and iron shavings for a week just to prove his stomach was strong enough to digest it. He bled with each bowel movement, but he proved his point. Alex always loved to push limits. That was why he purchased a dozen boxes of Alpha Brain and took every pill in one sitting. His logic was that if one dose was enough to boost your brain power by one percent, then taking every pill would boost your brain power by every percent. Of course, the brain is the nerd of human biology and couldn’t handle what Alex was giving it, and he died shortly after.”

Although the official coroner's report determined that Alex died of a blood clot in his brain caused by the foreign chemicals in his body, his friends prefer to say he died from ‘grinding too hard.’

Even though Alex was not of Nordic descent, his family still honored his wishes to give him a Viking funeral. His widowed wife, Stephanie, spoke to us about the last wishes of her late husband.

“I remember one night while we were cuddling after a minute of slightly enjoyable sex, he got the remote control and turned on the Hulu show Vikings. He became erect immediately but told me to ignore it and then just rambled on and on about how inspiring the Viking culture was. All he did was watch the show in silence and when the episode was over he looked at me and told me that when the day came for him to die in armed combat as a warrior, he wanted his body to be put to rest the Viking way. We really didn’t have the most resources to work with, so instead of a boat, we just put him on a pallet and covered him in yard trimmings before lighting him on fire in our above-ground pool. It’s what he would have wanted.”

While the community still mourns the loss of Alex, relief has come in the form of official Viking merchandise shipped to the small Ohio town by Hulu itself. Even if the pain of his death can never truly be forgotten, they can lessen it with an array of stylish coffee mugs and shirts that help show the members of the community are true Vikings fans. From one warrior to another, rest in peace, Alex.