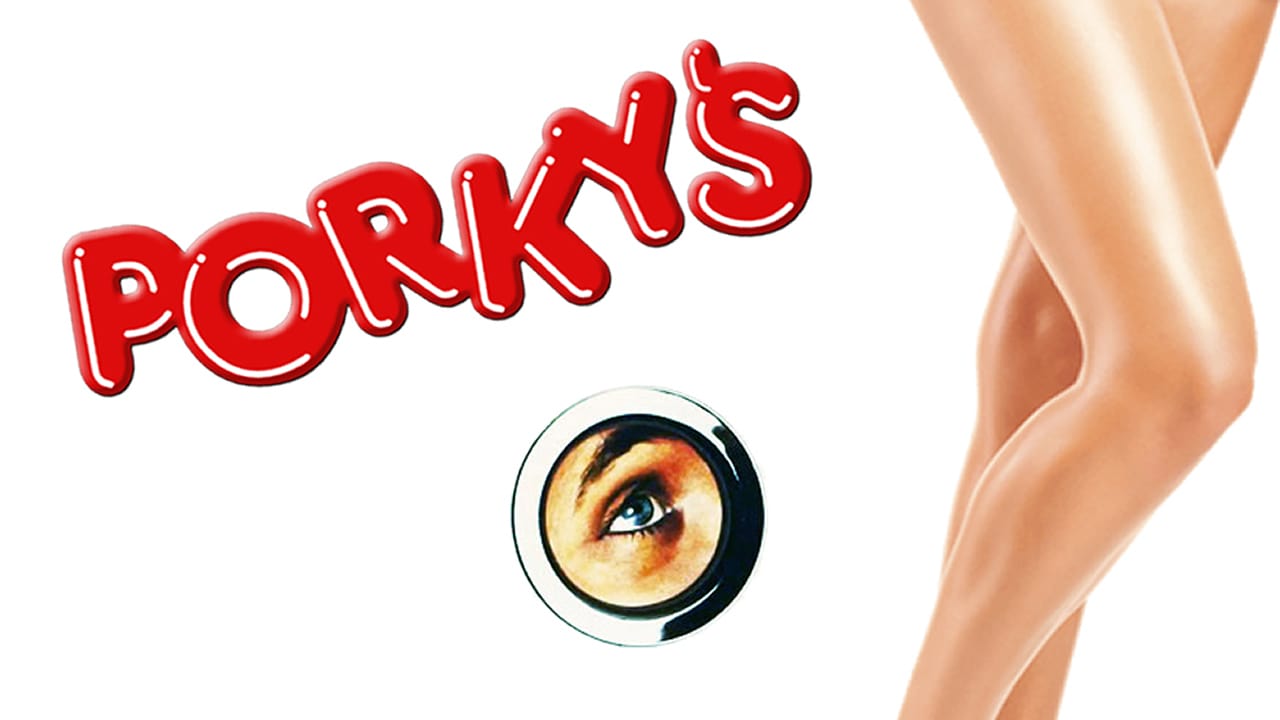 You know, comedy is subjective. That’s what you’re going to have to say to your grandkids when you show them the nuts and bolts of comedy. “This TikTok shit is rotting your brain,” you’ll say. Thankfully, you have the entire week with your grandkids. Time to show them some REAL comedy classics!

Your grandkids are gonna huff and puff about having to watch a movie a night, but assure them that they’ll appreciate the history lesson. After all, comedy is not funny anymore. I mean some of it is, sure, but people seem to forget how funny a good old-fashioned bit, like a handicapped person existing, is.

So whether they like it or not, your grandkids are going to have to be exposed to some REAL comedy, and hopefully, they’ll thank you for it and not be super offended and want nothing to do with you as you enter the “nursing home years.”

Porky’s is a classic. You remember seeing it when you first started dating their grandmother, you tell them. “She wasn’t a big fan, you say. “But you know your grandmother, no sense of humor!”

As the movie starts, your grandkids begin to squirm. Slurs start flying across the screen and you take a big swig of PBR. “It was a different time,” you mutter. “It was the ‘80s”, your grandson replies. “Not that long ago,” and your other grandkid says, “aren’t you always talking about how racism was abolished in the 1960s? Why then were there so many slurs in this 80s movie?” Before you answer that good question, you take another swig of PBR and just tell them to watch the screen.

By the time you get around to the whole “shrinkage” bit, and the “hole in the shower wall” thing, your grandkids are just appalled and wondering how YOU would feel if women watched YOU shower without your knowledge. You tell them that, “isn’t a fair question. Again, it was a different time,” and suggest maybe, “just watching something else!”

“Sixteen Candles! This is John Hughes best!” Your grandkids will be able to relate to it. It’s not a sex comedy, it’s about teens finding themselves.

The movie starts and your grandkids seem more into this one. “See, they’re not all bad,” you say with a smile. Then Long Duck Dong comes on screen, accompanied by a gong every time someone says his name, and your grandkids look back at you in unison and say, “you were saying?”

“Look, we didn’t realize that Asian people didn’t like gongs being played every time they appeared on screen in the ‘80s. We were trying to be more inclusive to them, understand THEIR culture a bit. Aren’t you always saying that representation matters?” To which they reply, “not like THIS.”

The movie continues and a passed-out girl is given to the nerd character as some kind of sexual “prize” and that, coupled with the nerds all gathering to look at a girl’s underwear, makes your grandkids start to protest. You crush the PBR and start muttering something about how kids these days just don’t understand, then turn on the next movie.

Revenge of The Nerds

The PBR’s out! Time to break out the Jagermeister. Nerds, you know em’, you love em’, let’s get going. “Nerds isn’t really a dichotomy we work in anymore, D&D is pretty popular these days,” your grandkids say. “Shut up, you nerds! Watch this movie before I shove you in a locker!” you yell at your grandkids.

After assuring your grandkids that you’re only kidding, and begging the youngest one to stop crying, you start the movie. Your grandkids don’t even make it 20 minutes in before they ask, “wait, is the whole point of this that the nerds are being discriminated against, so they choose to sexually harass women as ‘retaliation?’ That’s so fucked up! Who in their right mind thought this was funny?”

You respond to your grandkids saying, “Everyone!!! Everyone thought this was funny! You kids are just too sensitive! No nerds were offended by this when it came out. I even have a close personal friend who is a nerd, a word I can say cause he’s my friend, and HE didn’t find it offensive. But whatever, you want to act offended on his behalf, virtue signaling to no one, go right ahead, you fucking snowflakes!” They beg you to turn the movie off or they’ll call their mom to come and get them, so begrudgingly you do and put on another absolute classic.

You preface this one by saying, “look, you kids gotta understand something, this was 1999, 9/11 hadn’t happened yet. We had no idea that a movie like this would become a rare commodity after those 19 highjackers destroyed the twin towers,” to which your grandkids reply, “what the fuck does that have to do with him fucking the pie?” To which you say, “under sharia law, no one can fuck a pie!”

The movie goes on for about an hour before your grandkids get upset at the scene where Nadia undresses in front of Jim’s webcam. You try to explain that, “you don’t understand, the internet had only been around for 16 years, it was okay to watch people through their webcam. This was pre-patriot act.” They say, “you keep bringing up this stuff that doesn’t really have anything to do with the movie, can’t you just admit that some things have aged poorly?” To which you say, “I’m gonna put on a movie that came out after the invasion of Iraq and we’ll see how you like that you little ingrates!”

“It’s a man being raped,” you yell desperately. “Isn’t it different when it’s a man? Isn’t that feminist or something?” “Grandpa, should you be drinking this much?” your granddaughter asks. “VINCE VAUGHN! DIDN’T YOU LIKE FRED CLAUSE? FRED CLAUSE WAS YOUR FAVORITE MOVIE.”

“It was fine, I guess,” your grandson says. Your granddaughter goes to bed. “FINE,” you yell. “It’s a boy’s night, I guess.” “Please grandpa, I have school in 6 hours,” your grandson replies. You say, “school is for suckers, get a job!” He says, “what?” and you point at the TV and say, “look, now the brother is trying to rape him. HAHA!”

After several attempts to over-explain why male rape is funny and doing a terrible Christopher Walken impression, your remaining grandkid begs you to turn it off, and you reply in your Christopher Walken voice, “ayy! Forgetaboutit!” Your grandson says, “he never said that,” to which you say, “I’m Walken here!”

“It’s Crown Royal time! You want some?” “Grandpa, I’m in middle school,” your grandkids respond. “Look, your grandmother doesn’t talk to me hardly. I’ll call in and tell them you’re sick.” You pour your grandson a shot. He takes it and can barely hold it down.

“This is training for high school. Speaking of, check out this movie where a 20-year-old almost fucks a girl who ISN’T old enough to be in high school,” to which your grandkid says, “I’m going to fall asleep, but go right ahead and put that on; I have no power at this point,” to which you reply, “you never did and never will.”

You get a decent way through the movie and just when you think your grandkid is sound asleep, he wakes up right as John Belushi literally picks up a woman while she screams for him to let her go. Your grandkid looks at you and says, “I worry for grandma,” and you say, “me too. Hey, I just realized, Me Too is that whole movement against sexual assault right?” Your grandkid vomits on his chest and then passes out.

Another successful lesson in history and culture! Comedy really was better back then.