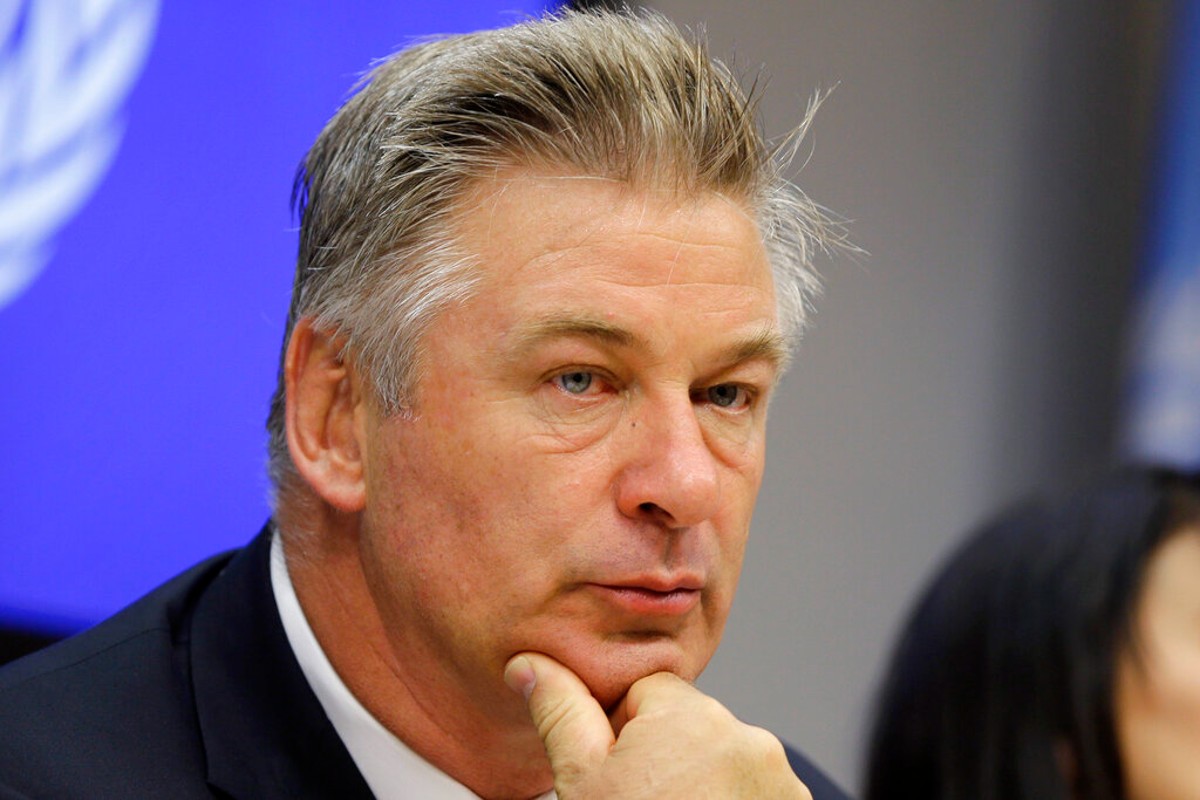 Director of cinematography Halyna Hutchins, 42, died tragically on Thursday October 24 when a prop gun mistakenly discharged a live round while on set of the Alec Baldwin western “Rust.” The incident has since sparked massive discourse about workplace safety and the rights of workers. ManFacts Daily Hollywood correspondent Noah Katz sat down with actor Alec Baldwin to discuss the incident.

Baldwin, 63, had to correct our staff several times to write his name with a C, and that “it’s not Alex Baldwin, it’s Alec.” Baldwin arrived at our interview 23 minutes late and dressed in a small children’s witch costume and holding a plastic broom. When asked to comment on the odd attire he responded “What this? Well it’s Halloween season baby, my schedule doesn’t revolve around you.”

Baldwin, most famous for his roles in 30 Rock, Beetlejuice, and being Justin Beiber’s uncle in real life, was less than pleased with public perception of his fatal accident. “It’s like you can’t do anything anymore y’know? Everyone is just so sensitive all the time. Like…I’m an actor, things happen, get over it already!”

When asked to comment about the potential of a manslaughter charge, Baldwin, who once engaged in a publicly documented physical altercation over a parking spot in 2018, refused to comment further. Saying “this place blows, I’m dipping… Baldwin out!” The actor then straddled his plastic broom and was escorted out of our studio by his security detail.