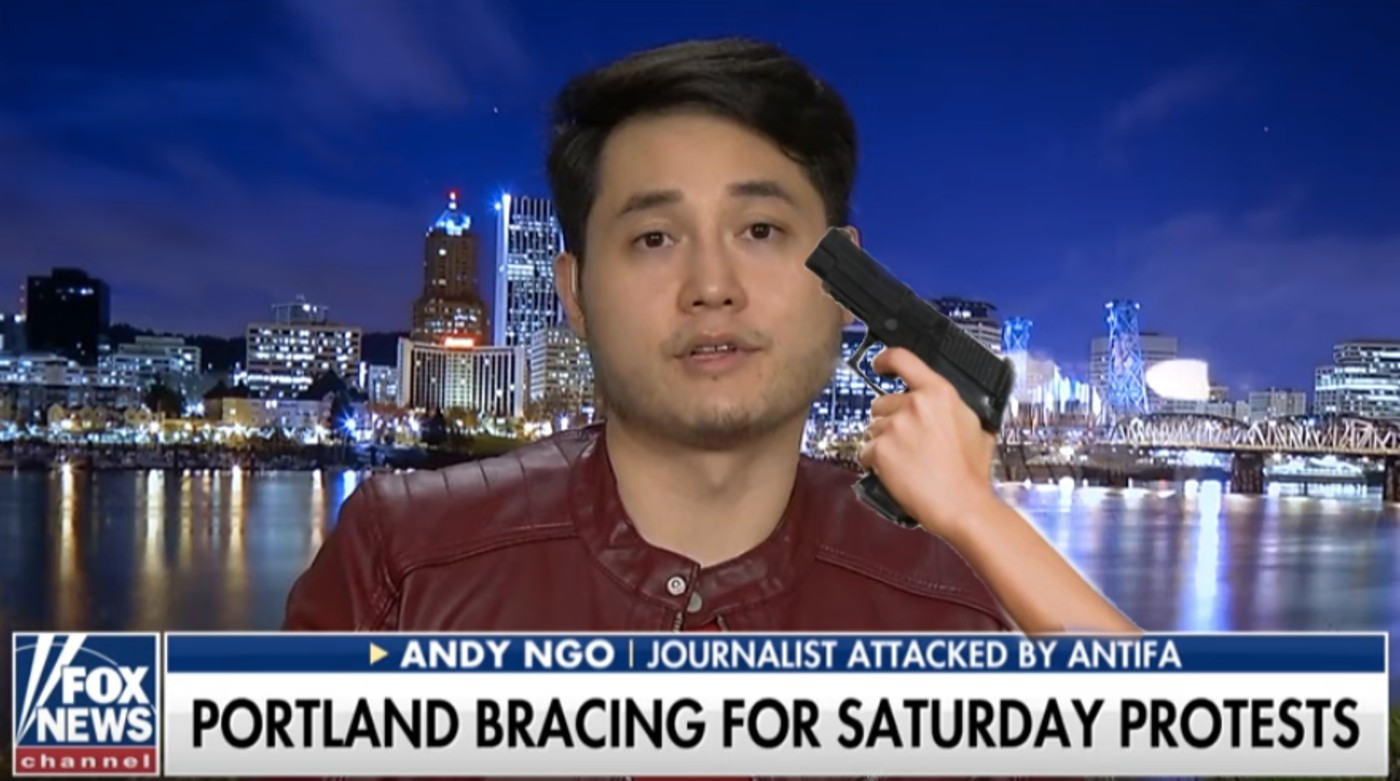 Andy Ngo Speaks Out Against Self Inflicted Antifa Violence

It happened again, folks! This weekend in Portland, journalist and famous milkshake enthusiast Andy Ngo was just minding his own business and trying to infiltrate Antifa when all of a sudden, ANTIFA THUGS beat him mercilessly.

“I was downtown dressed as Antifa,” Ngo explains, “and I put my hand into a fist. I just started beating myself and trying to do as much damage to my body as possible to show how dangerous Antifa can be”.

This is the third time this month Andy has beaten himself in hopes that people will take him seriously. “Yeah, he was just running around screaming “punch me, punch me, punch me,” while his camera guy followed him around for an hour. When that didn’t work, he dressed in all black and started throwing bricks. When people approached him, he started manically beating himself with the brick.”

Ngo was eventually taken to the hospital for his self-inflicted injuries. “Yeah, we see him in here all the time,” says Dr. Green. “He comes in like every other week saying “he has a case of the black bloc”. It’s usually just like a skinned knee. We really fucking hate that guy.”

Despite his injuries, the brave journalist is getting back on the streets. “Yeah, Antifa did this to me. For a group that wants to #StopAsianHate, they really have no tolerance for anyone with a differing opinion. But I refuse to live in fear,” Andy says, as he polishes a knife. “They can’t keep getting away with this”, Andy exclaims as he promptly stabs himself.