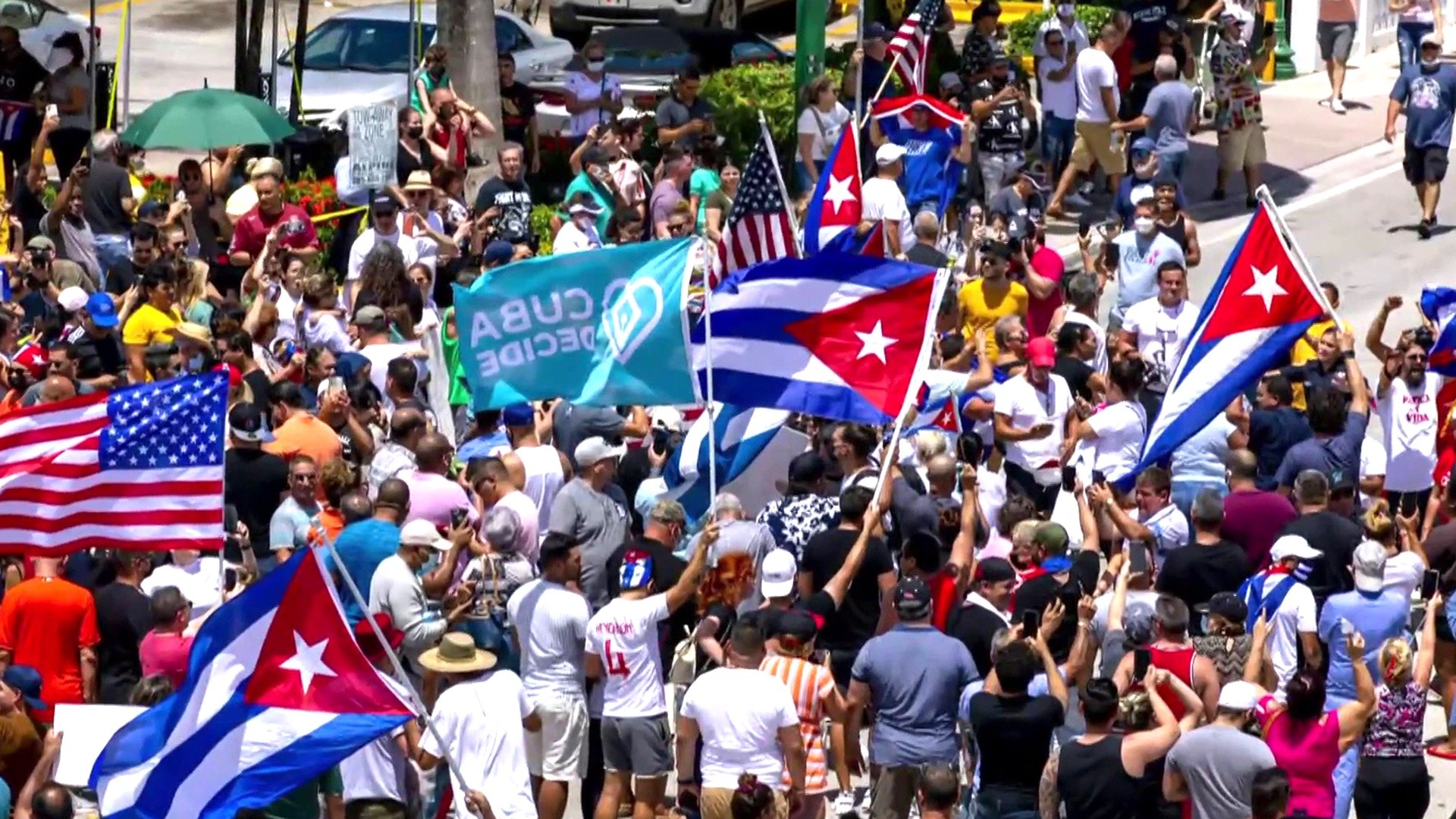 Over the last week, fake coronavirus cases have been exploding on the, “everything is free,” island of Cuba, and finally, the welfare babies have had enough and realized that free-market capitalism and gangster-owned casinos are the way forward for their terribly mismanaged island. As we all know, Cuba is a communist country, home to everything you’ve ever seen in your nightmares, and, because of that, they have no food. Because, of course, communism is when you don’t have food and the government tells you when you can and can’t go to the bathroom. It’s a hellscape beyond description. But thankfully, young Cubans have realized what our Lord thy God has advocated for since the first venture capitalist established a Cayman Islands hedge fund: communism is evil and must be done away with.

Today, thousands of Cuban-Americans showed their solidarity in the streets of Miami with the people who used to be “employed” by their grandparents on the sugar plantation their family had to abandon. One demonstrator told us that “hopefully this means my family can finally return to the Cuba of our ancestors. A place of peace, bounty, and absolute hierarchy, the way it should be. I just can’t wait to look over the vast tobacco fields that once belonged to my grandfather, which were given to him by the TRUE leader of Cuba, General Batista.”

Another demonstrator, proudly flying a McDonald’s flag in the hope that our favorite American fast food chain will make it to those poor, starving Cubans, told us that “this is just proof of what we have ALWAYS known. The natural byproduct of communism is strict U.S. trade sanctions. That’s just a fact, one domino goes, the other domino goes. If the left ever decides to READ Karl Marx’s Das Kapital, it clearly states that a country that devolves into communism will awaken the wrath of U.S. trade sanctions, and if they decide they still like communism that much, then they will have to live in abject poverty. That’s why MY family took our blood money and left, we knew what was going to happen. The only way to improve the material conditions on the ground in Cuba is with MORE SANCTIONS! STRICTER SANCTIONS! Come on, say it with me! MORE SANCTIONS! MORE SANCTIONS! MORE SANCTIONS!”

It is still unclear which way things will go at this point, but our sources on the ground tell us that a bunch of Italian Americans are seeking reparations for the casino property they lost in the revolution, and they feel that this generation of Cubans will be “sympathetic to what they’ve lost.”