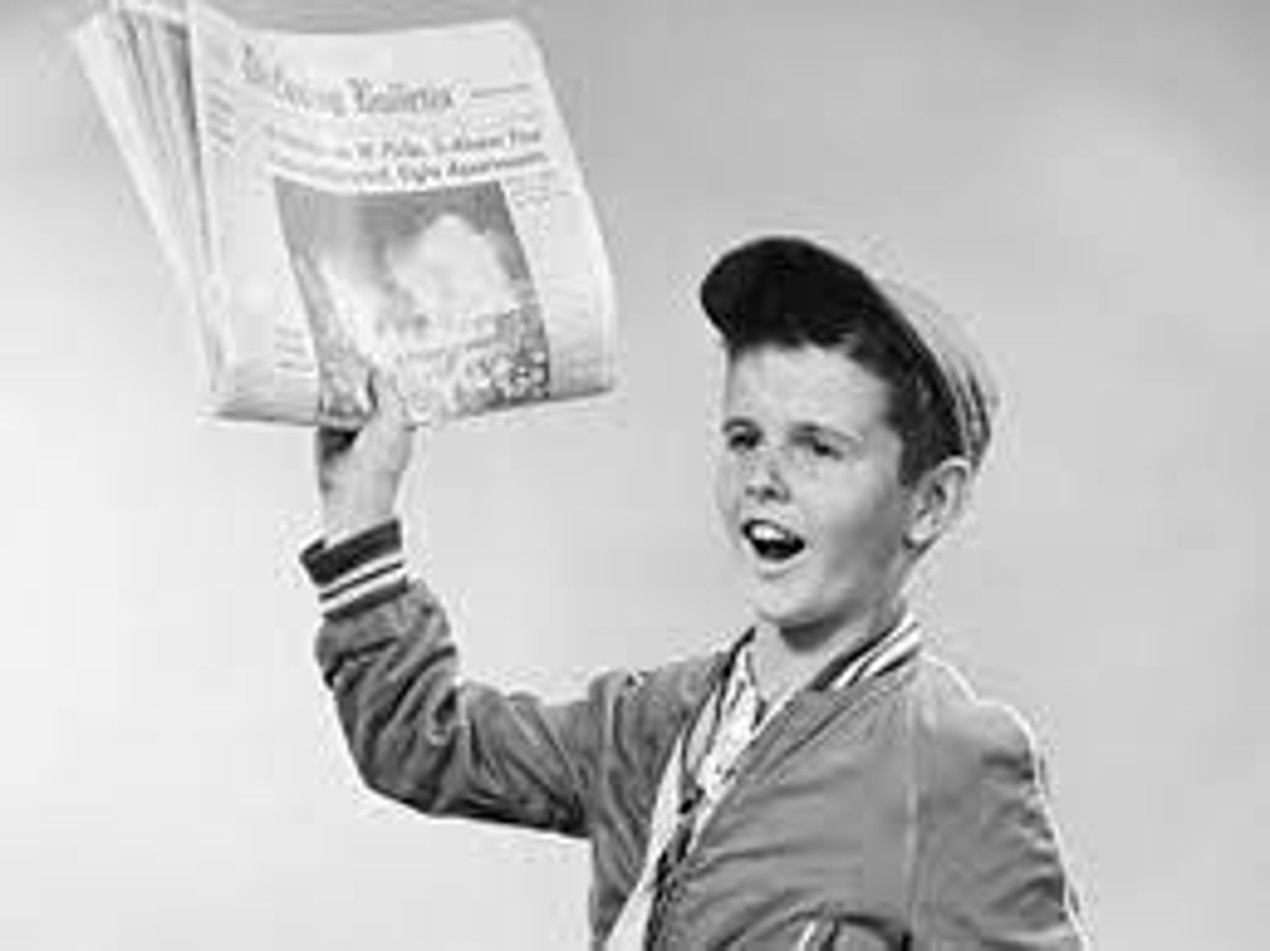 Extra Extra! Read All About It! Digital Media Replaces The Need For Paper Boys!

Hey there folks! We have a story that will rock your socks and boil your teapot! The most recent reports from the Department Of Labor show that my once well respected and needed career as a paperboy is going out the window. That’s right folks! Paperboys are no longer needed because digital media sat down next to us at the lunch table and drank all our chocolate milk!

What hope is there for a young rascal such as myself? Back in the glory days I could make twenty dollars in a day and if my boss was feeling generous I could bring home a staggering five cents. Now, in the era of digital news I don’t even make enough to purchase a block of government cheese. Us paperboys ain’t required anymore, so most of us are just down on our luck bums with an empty bottle of dreams and a thirst for the hooch. I’ve even heard stories of some paperboys being forced to get jobs shredding newspapers for the big recycling industry, what a sad state of affairs! Enough to make a boy cry ink!

Just the other day I met up with my old pal Mickey The Greaser. He used to be the best paperboy in this town, he was working for himself and making the big bucks, he even had those big boy suspenders. I remember one hot Summer day he went and bought me an apple juice and told me I could be a better paperboy than him one day if I kept at it. You know what he was doing when I saw him? On his coal powered laptop in a cafe writing an article for some website called Zablow. Truly a sad state of affairs folks

So what’s a boy like me supposed to do? Adapt! I’ve gotta wash this ink off my fingers and get to typing out the hottest celebrity gossip. For those of my profession who ain’t willing to adapt, they’re getting rounded up by the big media companies and shipped off for slaughter. This world ain’t no place for paperboys anymore, we’ve all gotta straighten our caps and become paper men. The era of the American paperboy is over and with it, a piece of America itself is gone. Sure, it was the piece that exploited child labor but it is a piece that will always be missed.