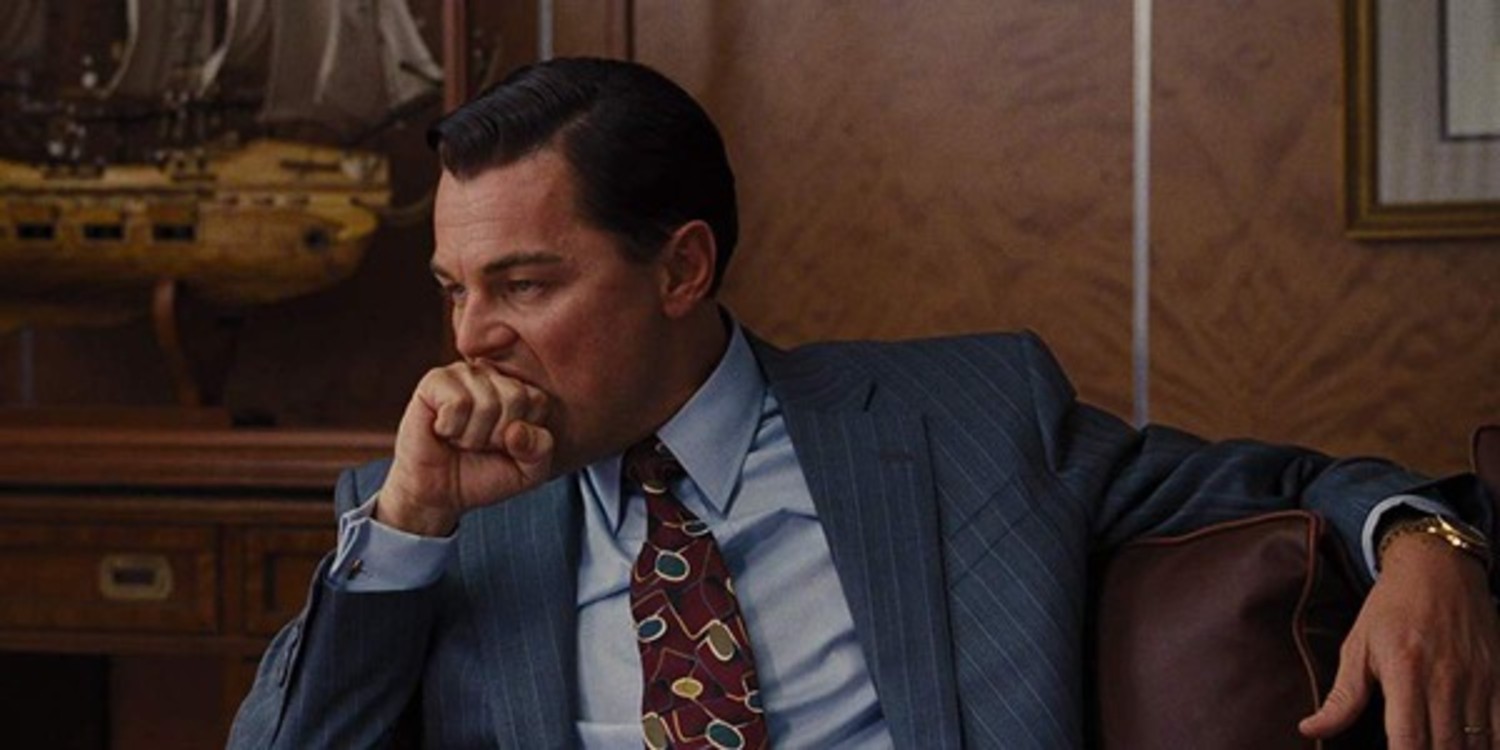 Five Wolf of Wall Street Quotes Guaranteed to Get You Laid

Ahh, The Wolf of Wall Street, the greatest movie since Scarface. Just like Scarface, this movie features a protagonist that you should aspire to be. Throughout the Martin Scorsese classic, Jordan Belfort, played by super-stud Leonardo Dicaprio, does whatever he wants and doesn’t care how it affects anyone else. What better example of a true alpha-male than our beloved cocaine-sniffing, whore-plowing protagonist? How could a woman resist a man like that? We at the Manfacts team have put together a set of quotes you can use on any first date to demonstrate to her that you are, in fact, just like that guy from the movie.

This lets her know immediately how you’re gonna handle any interaction. Whether she’s a tinder date, or that one barista that definitely wants to bang you, this line will inform her that you won’t listen to anything she has to say unless it’s about the big man, YOU. We guarantee you that she will fawn over your dominance as you convey a true lack of consideration for anything she says.

Money is the oxygen of capitalism and I wanna breathe more than any man alive.

This one’s great for establishing your priorities right off the bat. You love money above all other things and she will love you because of it. It’s only logical, right? I’m pretty sure Darwin talked about how this has been a thing since caveman times.

Let me tell you something. There’s no nobility in poverty. I’ve been a rich man and I’ve been a poor man. And I choose rich every f**king time.

When she hears this, she’ll not only know that you love money, but that you have the sagely experience to truly appreciate it. Plus, this quote fits you like a magnum condom around your huge dick. Remember the time when you inherited all that money from your great uncle and dumped it all into Gamestop stock when it was at $347, even though your mom told you it was a bad idea, then proceeded to panic sell at $44? Well, wasn’t the part of that experience where you had a bunch of money way better than the part where you didn’t? I’m telling you, you’re just like that guy from the movie, bro.

You wanna know what money sounds like? Go to a trading floor on Wall Street.

Okay, so maybe you’ve never been to a trading floor on Wall Street. No biggie! She doesn’t have to know that. All that matters is that you know it’s the place the money comes from. She’ll find your insider knowledge of the stock market absolutely irresistible.

My name is Jordan Belfort. The year I turned 26, I made 49 million dollars, which really pissed me off because it was three shy of a million a week.

This one involves sort of fudging who you are, along with some major life details. But if you can get her to believe it, you have this one in the bag. It’s not that far of a stretch anyway, right? You could be Jordan Belfort. After all, she doesn’t have any proof that you’re not him. Alternatively, if she doesn’t buy it, she’ll see that you lied to her, and I’ve got good news for you, buddy: women find lying super hot.