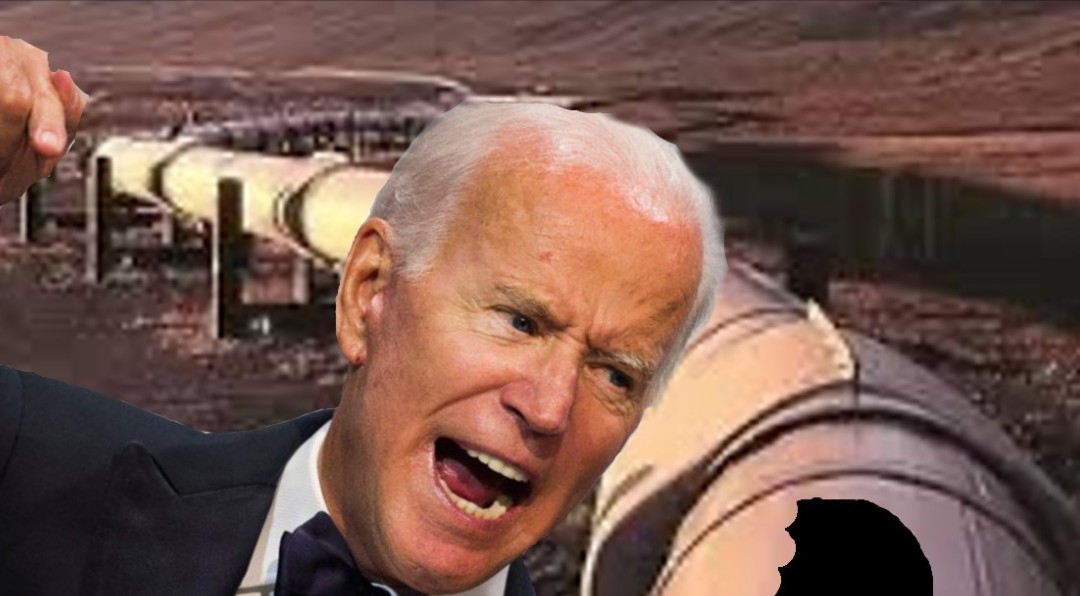 Americans heading to the gas pumps are likely to find a costly surprise after President Biden has chewed on nearly three miles of oil pipeline.

The President had only escaped his enclosure early Sunday morning for a period of about two hours, he still managed to cause some trouble.

One contractor working on repairing the pipeline was astonished by the severity of the damage.

“I’ve never seen anything like this in my twenty years of working on these. I mean, we couldn’t find some of the pieces he tore off, which means he must have eaten them. My grandfather used to tell me stories of when FDR was in office, he said this type of thing was a weekly occurrence. At the end of the day, I get paid no matter what so I’m not too upset about this, but I do feel bad for all the Americans paying higher gas prices now.”

Biden spoke to the press early this morning to give a flustered apology, his lips still smeared with remnants of crude oil.

“I’d like to apologize to the American people for the events that unfolded on Sunday. Being President is an incredibly stressful job and when that stress builds up, I have to let it out. I will be the first to admit that chewing on the pipeline was not the appropriate way to relieve that stress. I would also like to apologize to the several secret service agents who were injured attempting to subdue me. America, we will get through this together.”

The press conference ended after President Biden saw a squirrel outside and leaped through the window, a sight that has become commonplace in the White House since his inauguration.