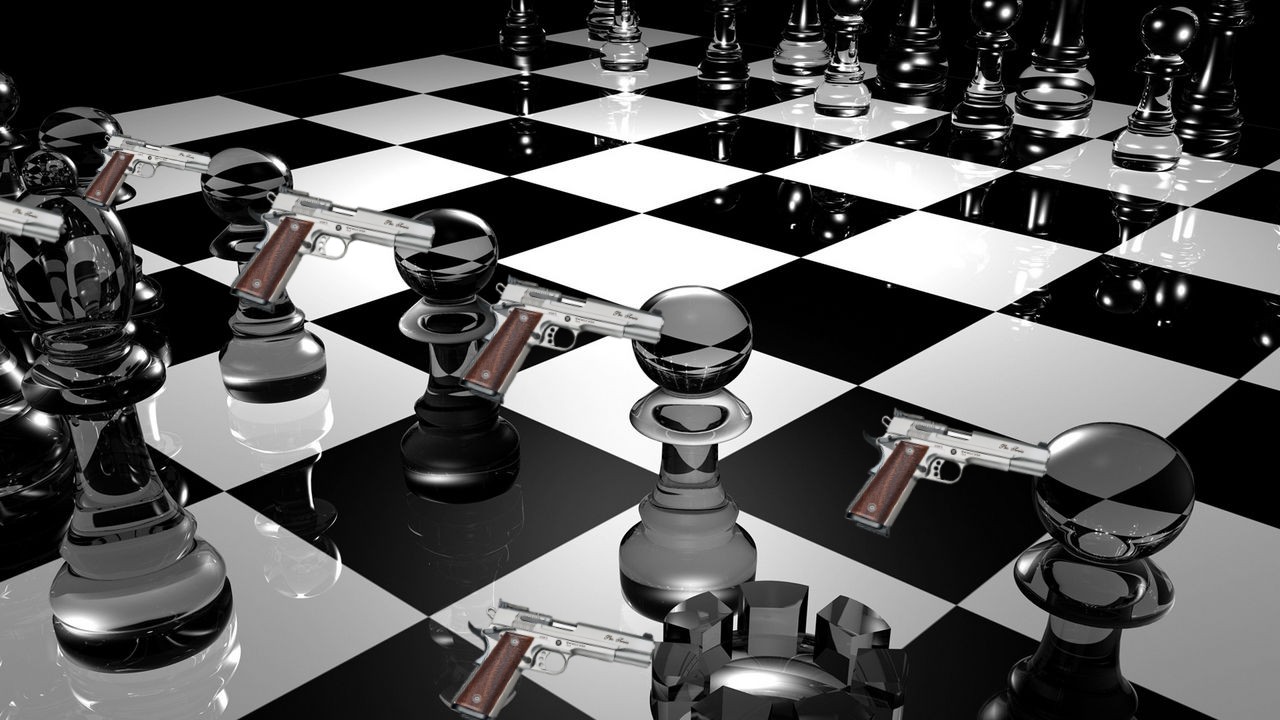 How Handguns Have Changed The Way People Are Playing Chess

Chess: a game of the mind and of willpower. Two intellects are pitted against one another in a battle of strategy that takes place of a checkered field of black and white. Up until recently, it has stayed very much the same in its 1,400-year history. But now, with the help of one young man, handguns have changed the way people are playing.

Oliver Denton, a 23-year-old MIT graduate has always been a long-time chess enthusiast, even taking a top ten spot in a nationally ranked tournament, but he always felt the game was lacking something.

“Chess has been around for such a long time and yet it has gone through almost no changes within that entire span. You still have the same pieces, the same board, the same rules. It just gets so boring and routine. In order for chess to evolve, I knew I had to bring a handgun to my next tournament. When I drew the gun on my opponent, they were at first confused, but they quickly caught on. He leaped from across the board at me, the two of us fighting for ownership of the gun, a crowd around us. Finally, I had it in my grasp and took the shot, my opponent was down on the ground groaning in pain. We quickly called him an ambulance and he survived, but our game was over. It was marked as the most exciting match of the day, and people began to have fun with chess again.”

While many of the youth within chess have taken up this new style of play, the vast majority of the chess community views the playstyle as a bastardization of the game. One grandmaster, Duncan Birkin, has spoken out against Denton and his handgun chess.

“Does he really think he’s the first person to try something like this? People have been trying to reinvent chess again and again but you can’t remake the wheel. Chess remains the same because it is already perfect. We also refute this new style of play because it does not honor those who came before us and brought the game to this level. Believe me, we all want to grab a handgun and shoot the person across from us. It sounds fun. But it just can’t be, we have a tradition to uphold.”

Though Berkin and Denton have opposing views on the future of chess, it is clear that the game will never be the same moving forward. Even now, there are chess tournaments across the country filled with gunshot wounds and champions and that number is only growing. Only time will tell if this new handgun style is fully adopted, but passion will be key.