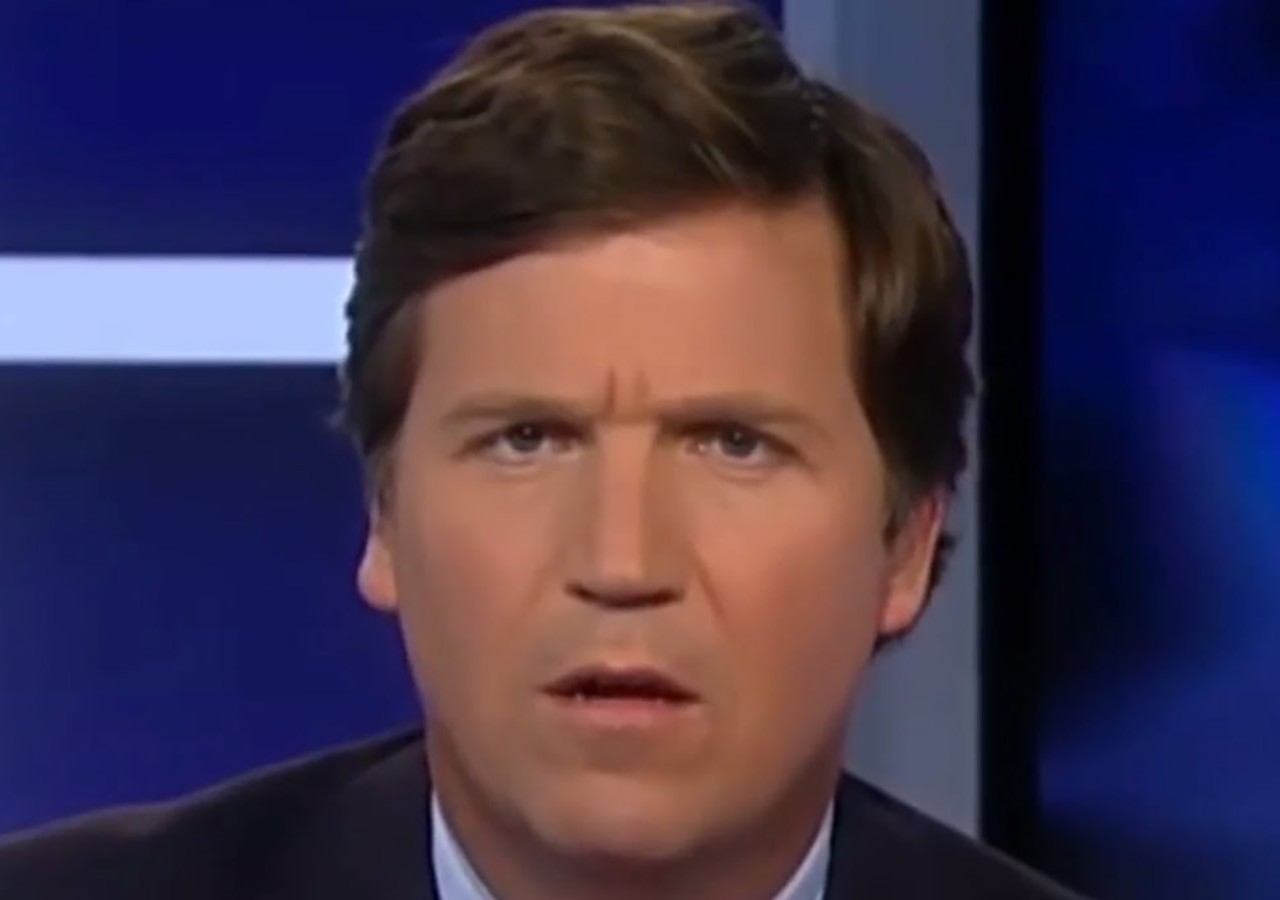 Let’s face it, when you’re watching Tucker Carlson tonight, the impure thought of lodging your phat hog in his perpetually open mouth crosses your mind once in a while. You’re a man, it’s only natural you want to fuck other men that you respect. However, as you may or may not know, wanting to fuck other men makes you gay. It’s like wearing the color pink or being open with a woman about your feelings. All of those things are equally gay. To avoid being associated with all that gay shit, here are a few easy steps to block the thought of Tucker gobbling your knob.

This usually does the trick for most people. Just picture that lib-tard screaming about some dumb shit like how if we don’t all start wearing Crocs NOW, the planet is doomed. You’ll be flaccid in no time. If THAT doesn’t work and you feel a strong urge to hatefuck her, which can happen, don’t worry my friend, we have a solution.

Grab Your Cock as Hard as You Can and Squeeze

This may hurt, like a lot. If you’re doing this right, it should be pretty fucking painful. But the pain will distract you from Tucker’s whorish mouth aching for your dong. If you are someone who gets turned on by pain like this, don’t sweat, we have one more sure-fire solution to help you get rid of that raging hard-on.

Just jerk off and don’t tell anyone about it

This is really a last resort, but sometimes you just can’t get rid of your wood. Very secretly, go into your basement where you know you won’t be disturbed. Take out your shlong and just go to town. Maybe imagine Tucker’s mouth just being filled to the brim with your ejaculate. You both share a moment of intimate eye contact, and then you get the fuck out of there before his assistant sees you. Whatever you’re thinking, just have the thought, whack off, and never tell anyone what you did. Remember, this can be interpreted as gay, even though it’s, of course, not that. It’s an alpha male recognizing another alpha and wanting to fill the other alpha with his cum. But not everyone is gonna get that so just shut the fuck up and bury that shit.