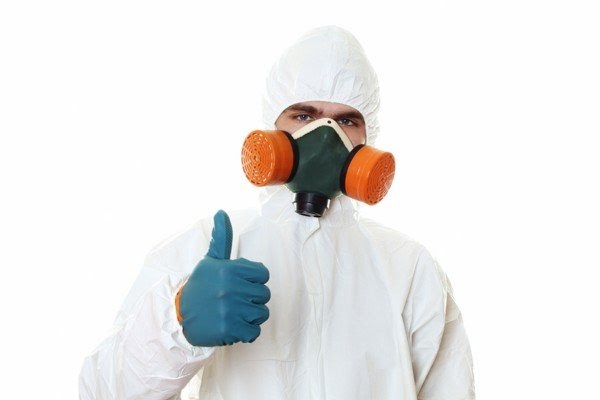 How to Have Safe Sex With Your Vaccinated Girlfriend

Covid has put a strain on relationships across America. Perhaps one of the biggest hurdles is when one person is vaccinated, and the other person is not. The feelings of friction that can occur when you don’t see eye to eye on vaccination can stir feelings of inequality and insecurity. I mean, how are you supposed to trust that your girlfriend won’t accidentally magnetize you with her pussy?

Because honestly, that’s the biggest fear. You can live with someone who’s vaccinated. You’re not gonna catch it airborne, obviously. But having sex with them is a whole other ball game. After all, vaccine side effects aren’t liberal art school credits; they are transferable. As is the case with Chlamydia, Pubic Lice, or Bisexuality, so there’s no reason to believe that the side effects of this experimental vaccine aren’t also sexually transmittable.

Thankfully, there are a few things you can do to mitigate the risk of catching a disease from that “Fauci Fanny”.

I know, I know, I’ve been spending that last year and a half warning you that masks both don’t work and are a beacon of tyranny and suppression. But this time it could actually be helpful. You don’t want to risk having your DNA scrambled while you’re trying to scramble her guts. So wear the mask, and perhaps consider standing six feet away from her, ejaculating onto her eggs like a clownfish.

The best part of sex for me is getting to see my girlfriend naked, but honestly, I could take or leave being naked myself. Wearing a hazmat suit not only keeps me safe from giving Bill Gates control of my emissions but also helps assuage my own insecurities about how my dick is so long and thin, like a pencil.

She may protest and say “it’s really creepy having sex with you in that hazmat suit”, but one of the other benefits of a hazmat suit is that it’s very hard to hear anyone while wearing them. In fact, for extra safety, one could wear a hazmat suit at all times and hear even less of their significant other. Damn, I’m gonna try that one.

Have an Escape Plan

Okay, so I tried the hazmat suit thing with my girlfriend last night. We had marriage counseling and I texted her telling her I was “running late”. Normally that’s fine because the counseling begins with individual one-on-one sessions and she knows that I always run late to everything. So I get there and go to the bathroom. I’m changing into my hazmat suit and then some dude sees me and screams. I follow him out to assure him that everything is okay and that if he’s one of the 48% of Americans who have been vaccinated, I’m technically the one that’s really in danger.

His screams illuminate the relatively small office, prompting my therapist and girlfriend to both come running out of the office. My girlfriend looks me up and down, her immediate terror and confusion melting into a mixture of disgust and deep sadness. Apparently, she was just talking about how much she hates my tardiness and compulsive need to never be naked around her. It becomes clear that there’s not much I can really say at this point, so I just run over and pull the fire alarm.

On one hand, I really am fearful that I’ve messed everything up. But on the other hand, she’s definitely not going to have sex with me tonight, so thankfully I don’t have to face another night of 5G fears on top of everything else.

That’s right, the safest way to prevent an STD is by fully refraining from sex. It’s truly the only silver bullet; the surefire, 100% effective prevention technique. As I am writing this, I can see her packing up her things. She’s crying, and while I feel sad too, I know deep down that this is really the only way to be safe. Oh God, she’s coming up for a goodbye hug. Let me grab the Hazmat suit.

Okay, she just left screaming. Women are so irrational. Anyway, safety and health are important, and while some will try to pressure you into sacrificing that for more immediate pleasure, abstinence will ensure that you are protected until you find the one. The pure, unvaccinated one.