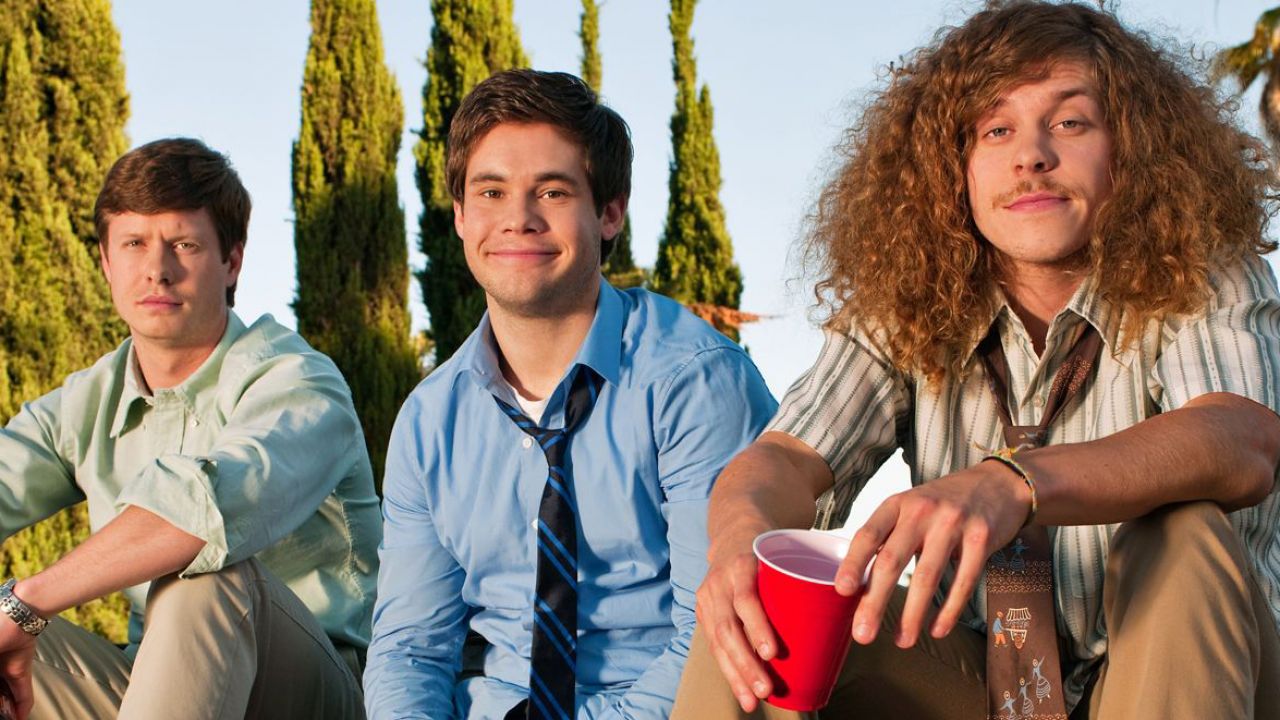 Insight? This Group of Teenage Boys Has Figured Out Which ‘Workaholics’ Characters They Would Be

DAYTON, OHIO – In such confusing world, figuring out one’s identity can be a truly difficult task. Some people go their whole lives without figuring out who they truly are. However, Ron Pederson (14) José Rodriguez (14), and Desmond Mitchel (15) have developed a sense of self-awareness that most adults strive to achieve; the three boys have figured out which character on popular 2010s sitcom Workaholics each of them would be.

We visited Pederson’s stepfather’s basement to get a closer look on how these young men arrived at this decision. “I figured I’d be Adam because I’m the wild, energetic one of the group,” Mitchel told us while sipping a clear liquid, presumably vodka, out of a crushed up-water bottle. “Whenever we see a group of girls at the mall, I always go right up to them.”

“I would be Blake because I’m the fun, goofy one,” Rodriguez chimed in, still coughing up smoke from a bong, fashioned from an old Gatorade bottle. “Plus I got the hair to really pull it off,” the boy gestured to his long and greasy head of hair.

When asked who would be Anders Holm’s character, Ders, Mitchel and Rodriguez laughed and pointed towards Pederson, a more clean-cut young man, sitting in a beanbag chair below a slightly askew Fight Club poster. “Ron would be Ders, cause he’s, like, the lame one,” Mitchel snickered. “He’s still our friend, he’s just the one we all shit on.”

Shockingly enough, the boys even figured out who would be Kyle Newacheck’s character, Karl, the group’s drug supplier, Rodriguez informed us. “It would definitely be Desmond’s older brother, Frankie, ‘cause he sells us weed. Half the time it’s lawn trimmings, but sometimes you’ll get lucky and find some solid nugs in there”