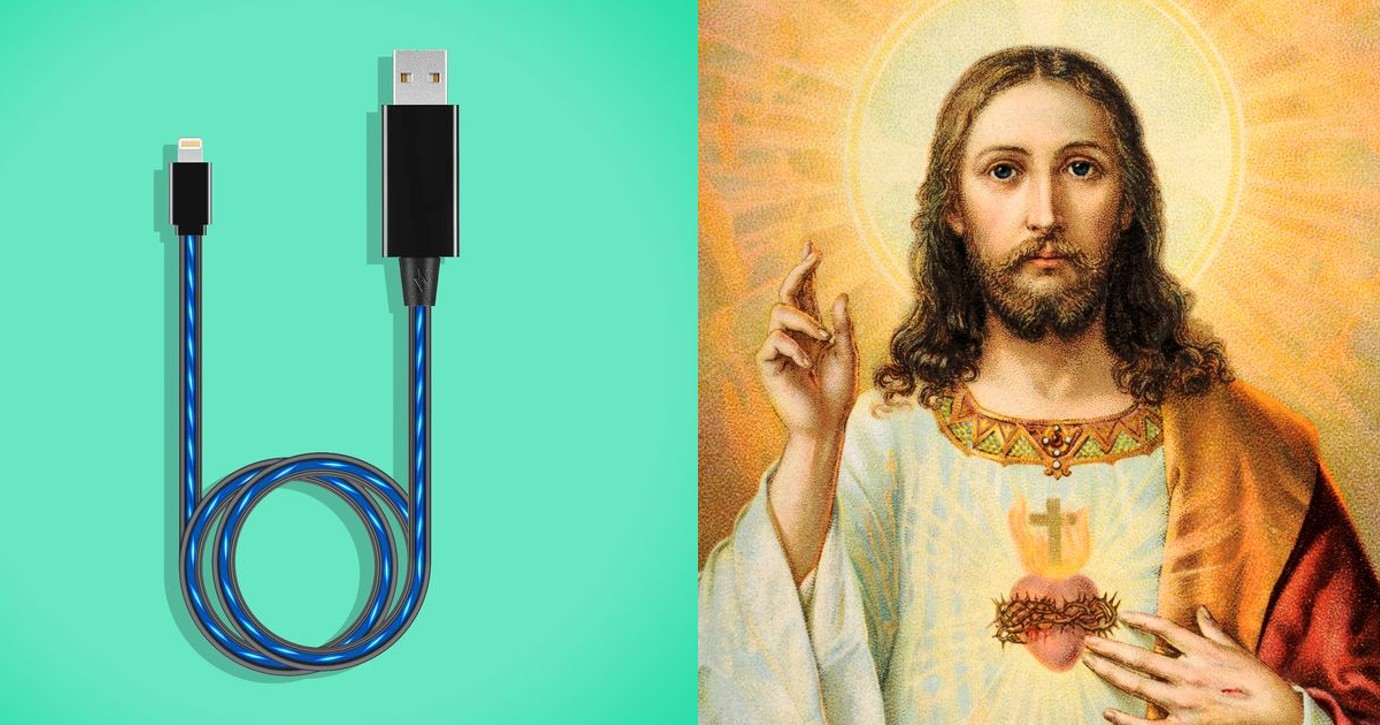 Jesus Returns To Earth To Retrieve Phone Charger He Left Behind

The world holds its breath following what might be the single most significant event in human history. Yesterday morning, above the streets of Los Angeles, Jesus Christ descended from the sky. Clouds parted and beams of light foretold his arrival to his buddy’s house. The reason? He forgot his cellphone charger. Witnesses to the event were left awe struck at the profound nature of Christ’s return.

“I grew up in Catholic school. My mom always told me that Jesus would one day return. But I always thought it was metaphorical. However, after seeing Jesus fall from the sky, grab a snack from 7/11 and then go to his friend’s house to pick up his phone charger, I don’t think my life will ever be the same. Just imagine, Jesus realizing his phone is on two percent battery and then he opens a doorway to the heavens just so he can come back and get his charger. At first I thought he was annoyed about the whole crucified thing, but then I realized he probably just didn’t like that he had to come all the way back to Earth to get his charger.”

As Christ returned to the heavens above, he preached a harrowing message to his followers.

“Hey listen, just to be clear, this wasn’t the second coming of Christ. That’s going to be later, I just had to get my phone charger. Things still look terrible down here though so maybe try working on that before I come back? Also, if anyone is looking for a really good sandwich spot you can try Joey CC’s over on 5th and Halden. I went there last night and they made this sandwich with french fries on it. The owner of that shop is definitely being saved. Try not to be so mean to each other, everyone is just trying their best. Last thing, you should really think about investing in Bitcoin. The market can only go up from here.”