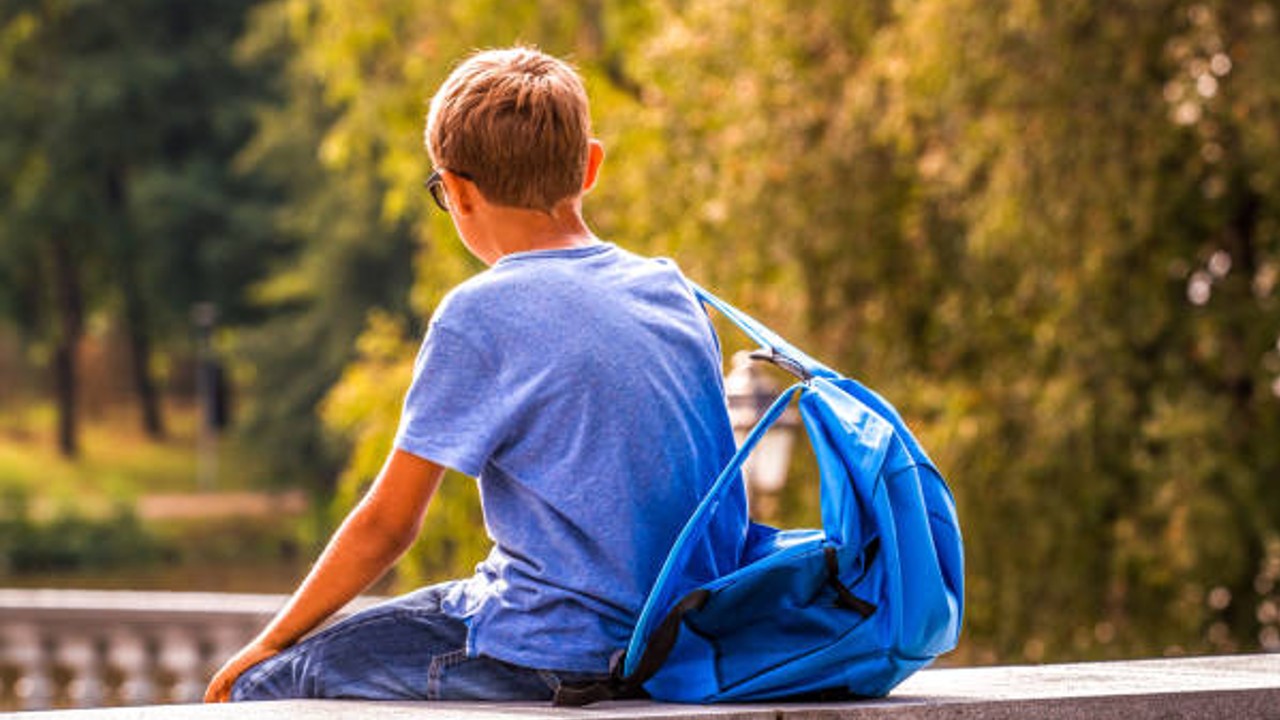 This past Thursday, there was a standoff in the McBoile household in Grand Rapids, Michigan. Patriarch Danny McBoile promised his wife, Ellen DeGeneres-McBoile (not related to the talk show host), that he would pick up their son Alf from school.

Danny apparently missed picking his son up from school multiple times in the past, so Ellen “really needed him to prove that he could actually do it,” otherwise she threatened to revoke his man-cave privileges. So yesterday, Danny left for work and promised Ellen he would pick up their son. But then, Russia invaded Ukraine and according to Danny, “that’s when I had to stop my car, catch my breath, and go and have seven or eight drinks with various known circus performers who weren’t my wife…so that I could calm down.”

While Danny was calming down with a sword-swallower at this local bar that “even the cops don’t go to,” according to a guy we spoke to outside the bar, his son Alf was waiting alone on the curb outside of Ted Nugent Elementary School.

Ellen, figuring that Danny probably was going to fuck this up again, and so she raced to the school and collected Alf. By the time Danny had realized that he was supposed to pick Alf up from school, it was Friday morning. Danny then apparently rushed home and explained to Ellen that “this was all a big misunderstanding.

“See I was going to go and get little Alf, but then Russia invaded Ukraine, and you know how I never do well when there’s war in Europe, so i needed a drink or seven and by the time I took my watch out of that clown’s ass and saw what time it was, I realized that I had fucked up. But it wasn’t my fault, because of the Ukraine stuff! You understand, right? Yeah, you understand!”

Ellen initially responded by saying “where was your watch?!” but then quickly changed the subject and reminded Danny that “his man cave privileges were now revoked.” This caused Danny to go into full tantrum mode and yell back “maybe if you stopped taking away my man cave, I’d take my watch out of YOUR ass! I’m going to watch Ace Ventura on the toilet!”