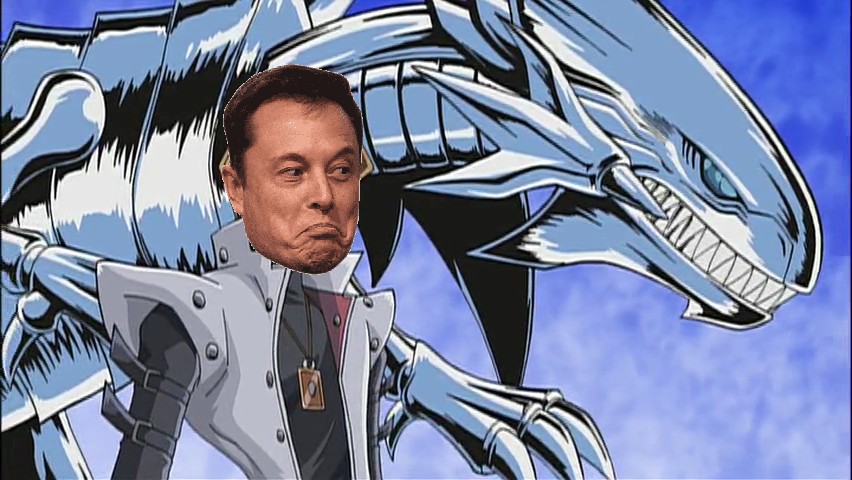 OPINION: Stop What You’re Doing, Elon, And Give Us Yu-Gi-Oh Holograms!

The Yu-Gi-Oh franchise recently burst back into relevance with its latest release, Master Duels. A free-to-play online version of its famous trading card game, available on all platforms.

Similarly, Elon Musk’s brain implant company, Neuralink has burst into the scene with the news that rather than giving out ball-busting orgasms it has been driving its test apes insane, killing 15 of 23 of them.

Yes, our favorite South African-born, apartheid benefactor, Elon Musk’s new company has added monkeys to the growing pile of human bodies his self-driving (I mean killing) Tesla cars have created. Proving no matter what he’s selling, it will put you in the goddamn ground. (You mean The Shadow Realm?)

Now, 15 dead monkeys may be a lot or a little depending on who you ask. I’m actually surprised Joe Rogan isn’t more upset about it. He fucking loves apes and shit. Maybe he’s keeping those thoughts to himself. Although that would be a first.

But I have a proposition! A cleaner, more, uh, less kill you maybe business idea. Realistic Yu-Gi-Oh duel discs! Equipped with fantastical Tupac-like holograms, and a direct line to 911 for when someone bigger than you decides to just rob you instead of dueling. These sorts of safety measures will be new to Musk so it’s important to bring them up early.

With Covid cases shrinking, what better way to get people back out into the real world? Boosting the economy this summer by recreating Battle City!? Real-life card shops opening up to sell real-life cards and Joe Biden in the white house watching his country grow going, “Yeah sure. I don’t care. It’s time for my nap or whatever I fucking do all day.”

Wow, so like an NFT? (You’ve activated my trap card!) I cannot stress enough how important it would be to have real-life cards. This is NOT me endorsing NFT’s. The only blockchain I want to hear is a spell or trap chain. Dark Magic Attack! (To the idea of buying NFT’s. Please do not buy any NFT.)

In July of 2016 Pokemon Go showed the entire world that it’s possible to get these nerds out for a walk. With the power of The Blues Eyes White Dragon’s White Lightening, we can clean those monkey blood-covered hands and equip them with a duel disc! The Musk simps and true Yu-Gi-Oh fans will show the world it’s time to du-du-du-duel!

Cap it at 2004 rules, though. I’m too old to learn whatever the fuck an XYZ monster is.