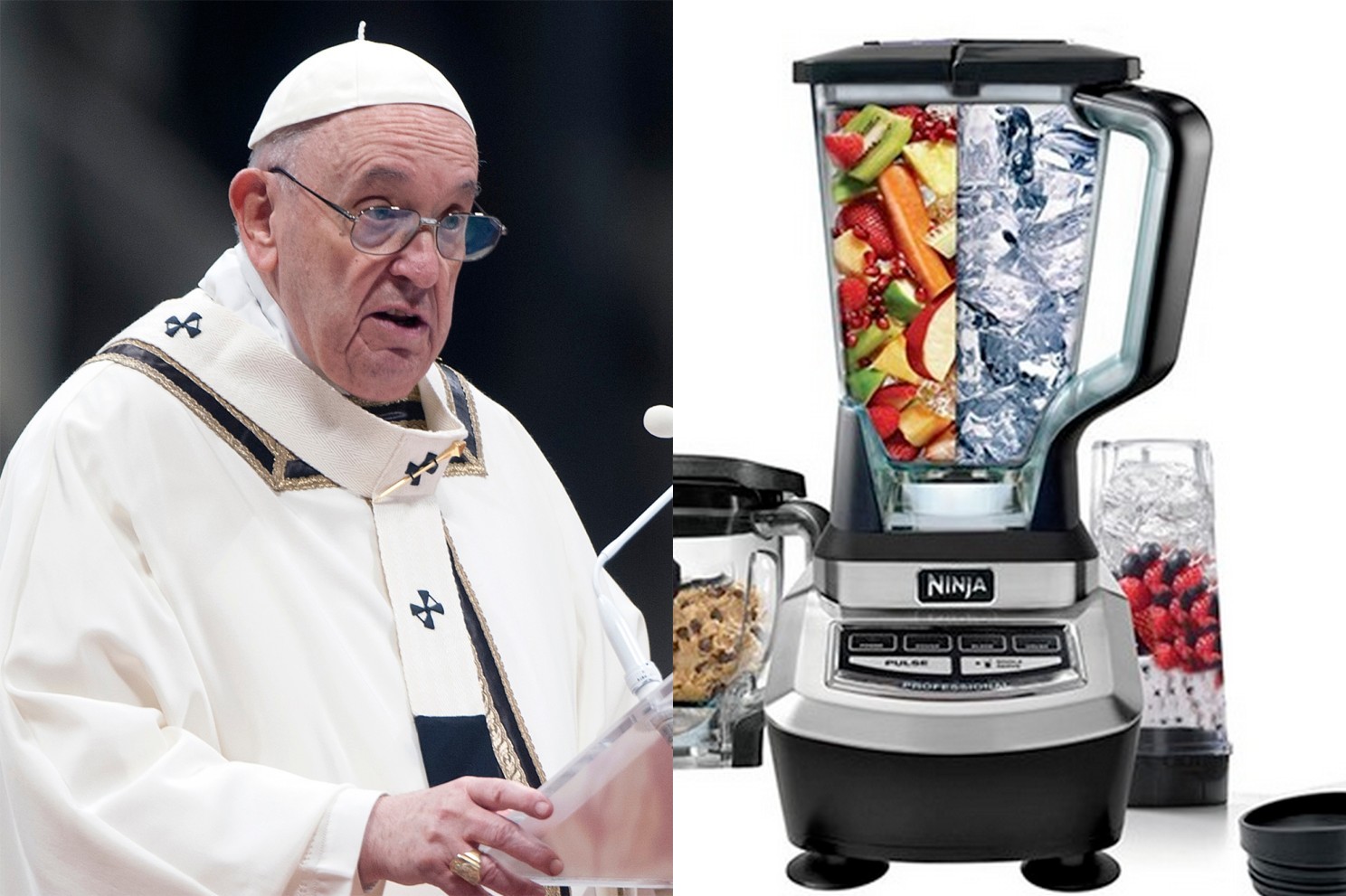 Pope Says Choosing Family Over The New Dyson Twelve Speed Blender Now Available For Only 49.99 Is Selfish And Irresponsible

In a statement that has caused controversy, Pope Francis announced his concerns over a new trend of choosing to start a family rather than buy incredibly useful kitchen appliances such as the new and improved Dyson twelve speed blender.

“This is a denial of consumerism, plain and simple,” the Pope said. “It takes away from the joys of purchasing a new kitchen appliance, using it for three weeks and then finding something else to buy a few weeks later. I have to say, I have been using my new Dyson twelve speed blender constantly and it was worth every last scent. Rather than selfishly starting a family, I think couples need to seriously consider what a great deal it is to find a high quality blender that only costs a fraction of its true value.”

Pope Francis went into further details regarding his logic behind the importance of embracing the responsibilities of purchasing a Dyson twelve speed blender in modern society.

“Nobody said that owning a twelve speed blender is supposed to be easy, but that is precisely why we should do it. Some are afraid of trying to find counter space for such an item, but the new Dyson twelve speed blender was built with the modern home in mind. It is three times smaller than the average blender while sacrificing none of the power. It must also be noted how this blender can improve your life in ways a family never could. Imagine the joy of a delicious blueberry smoothie before work each day, that’s the kind of comfort this product brings into the home.”

The Pope ended his statement by removing his robes, stuffing them inside of the blender and switching it on. Within moments they were torn apart, at which point Francis exclaimed “A family can’t do that!”