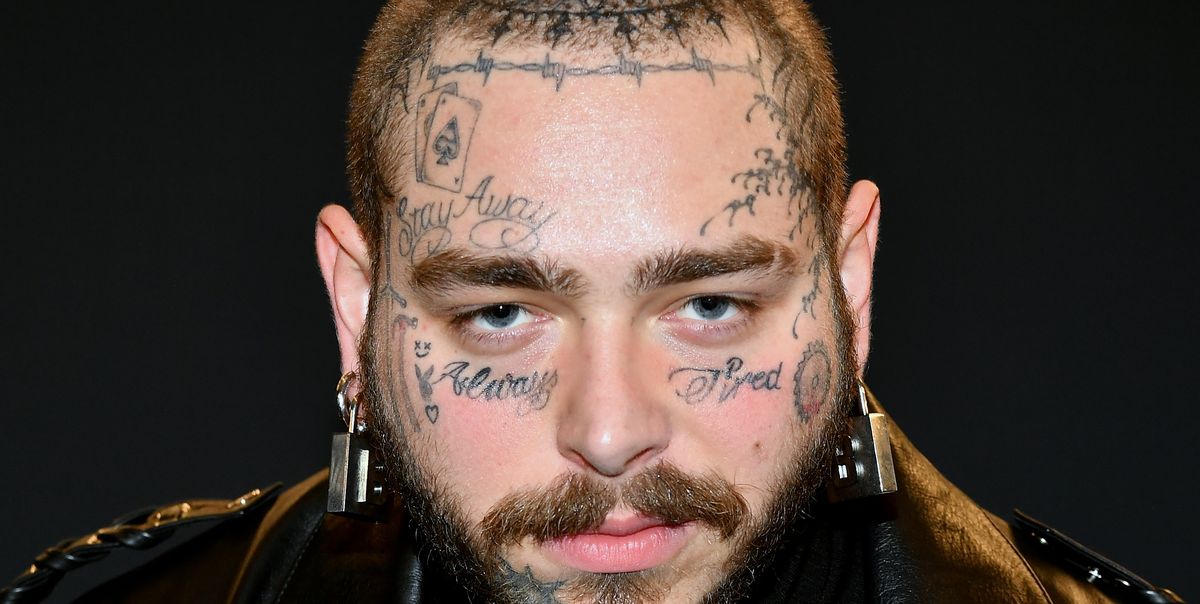 Los Angeles, California – Rapper Post Malone has gotten himself into some hot water after his latest round of tattoos. Massive chart hits and an inordinate number of tattoos are Austin Post’s calling cards since he burst on the scene in 2015. But now fans are saying he has gone too far. After a molly-induced tattooing session at his Brentwood mansion, Malone emerged this morning with his entire face covered in tattoos.

Paparazzi photos show that only the whites of his eyes and the sparkle of his grillz can be seen, giving Malone the appearance of being in permanent black face. All across the nation, people are outraged, calling for Malone to be canceled for his offensive tattoos. When reached for comment, Malone said, “If you look closely, it’s like thousands of lil’ circles. Makes sense cuz I’m about to drop my new single, ‘Circles 2.’” The NAACP, the Recording Academy, and the Alliance of Professional Tattooists are investigating this matter. Early quotes on laser removal for the face tattoo are in the mid to high seven figures.