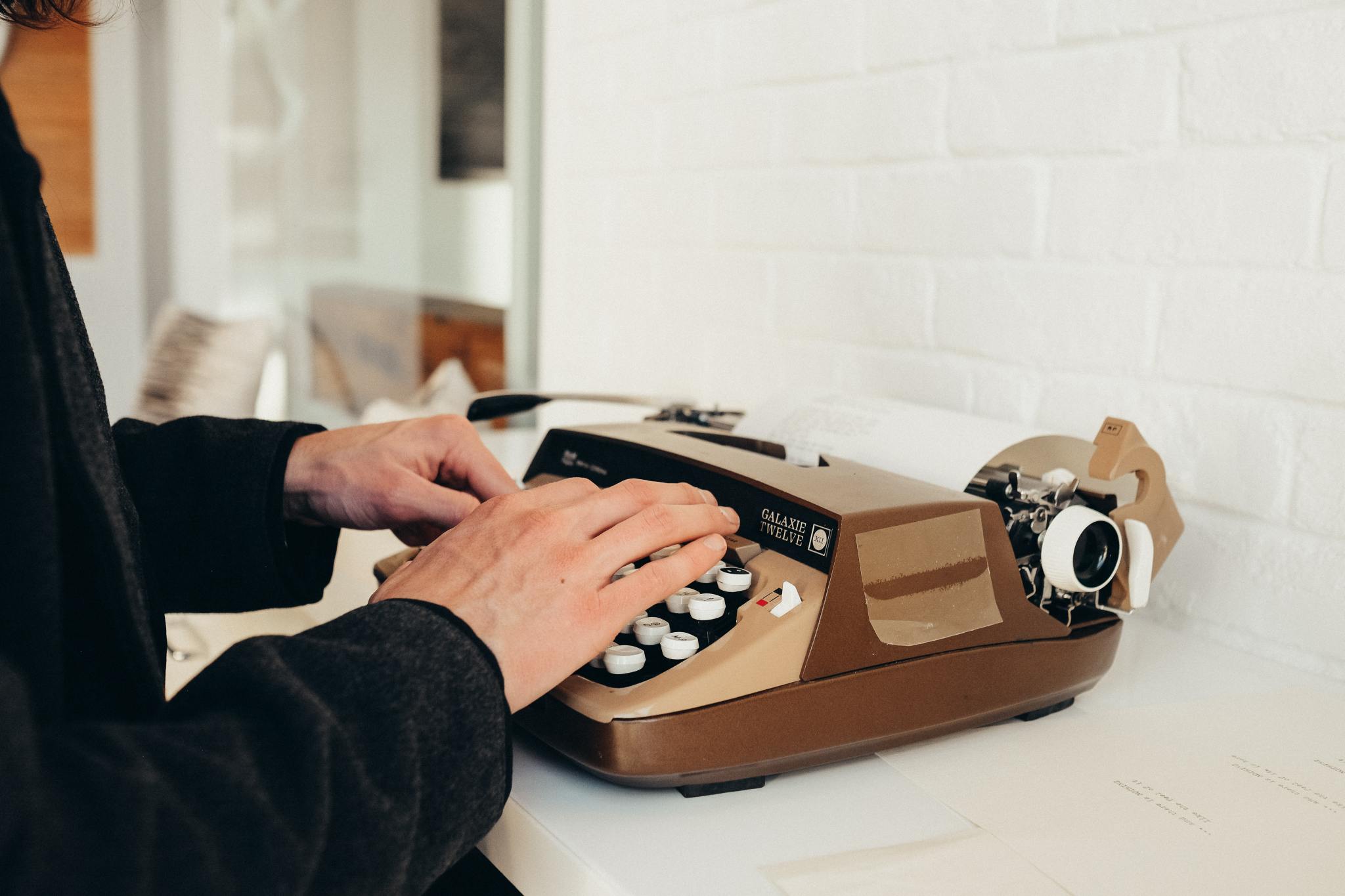 Put ‘Writer’ in Your Tinder Bio: and Other Great Writing Tips

If you’ve ever written anything, you’ll know that there’s nothing more satisfying than being able to express yourself with the incredible tools developed from thousands of years of language.

That’s what you should be saying to women if you want to get laid. In the olden days, if you had a short chin, scrawny arms, and a serious drinking problem, you would be thrown to the lions for our entertainment. But these days, men who are weak have another path to survival. They can lie about being a writer.

Now, one of the first places you’re gonna want to do this is on your Tinder bio. Women love a man who’s intelligent. Who’s more intelligent than a writer? They literally get paid to use their brains (I assume. We don’t actually get paid for this).

But what if you suck at writing? What if you’re borderline illiterate, say things like “I could care less,” or “dam girl u waannt show me tits ahaha jk lol but maaybe?” Well, we at ManFacts have a few other tips to really sell the “I’m a writer thing” without actually having to write any words.

Bring Your Laptop to Starbucks and Don’t Write

Don’t you dare fucking do it. I know it may seem like Starbucks is a great place to get writing done, but the reality is that you’re not there to write – you’re there to project the idea of you being a writer. It’s kind of like when a cat sprays to mark its own territory.

When you roll up to that Starbucks with a mac that has a sticker reading, “this machine kills fascists,” on it, what you’re really saying is, “Hey girl. I’m mysterious and I care about what you care about. I will go to a concert with you and pretend I listen to Fleet Foxes, and then take you back to my one-bedroom apartment and let you smoke some mids while I try to finger you.”

Talk Constantly About Bukowski Even Though You’ve Never Read Him

Hemingway. Faulkner. Bukowski. I don’t think there are any fun movie adaptations you can watch, so you’re gonna have to read a bit. No, not the books, but at least flip through the Faulkner Wikipedia page, or read up on the Bukowski twitter discourse, which admittedly is full of people who have also never read Bukowski.

It’s helpful to have a series of buzzwords you can drop. Faulkner really defined Modernism in a way that helped shape perceptions of the south. Is that true? I don’t know, but I skimmed his Wikipedia page when I wrote that, and it seems like it’s probably an opinion some people have.

These can be expensive, but if you are serious about making it as a writer, you simply cannot afford to not afford a typewriter. If you think I’m kidding let me ask you something; you think Taxi Driver was written on a MacBook Air? Fuck no! It was written on a big hunk of good old fashioned American ingenuity.

Typewriters broadcast to the world that you’re serious about writing. It’s like owning a record player. It doesn’t matter if you literally never use it. Simply, the fact that you have it is enough to convince people that you must really like music. Well, the same goes for a typewriter. If you’ve managed to get a girl home, and she sees a typewriter sitting on your kitchen table, next to an ashtray and cold coffee, she’s going to think, “wow, he really is a writer.”

No, I don’t care if you have “perfect 20/20 vision.” Glasses look smart and if you’re gonna pass for smart, you’re going to need everything at your disposal.

You’re not a real writer unless you have at least one debilitating drug problem. All the greats suffered through countless hours of cocaine withdrawal, alcohol poisoning, or the occasional Robitussin trip to come out the other side with masterpieces. Fun fact: Jaws was written entirely on ayahuasca!

Think about it this way – what made Hunter S. Thompson so great? Some people might say that his work was compelling because he had a very colorful and subjective way of recounting events that captured the gasping breath of the ‘60s before it died, making you laugh with audacious setpieces and strategic exaggeration. But let’s be real for a second: the truth is that his writing was awesome because he went on benders all the time. Think about it, when you watch Fear and Loathing in Las Vegas, do you see him writing the entire movie, or is he out there having adventures?

I think you know the answer.

Chances are that if you’re a writer, you probably already are a misogynist. But just in case you have somehow lived this long as a man and treated women with respect, we are here to tell you that it’s time to cut that out. Women are objects of your desire as a writer, to be used and discarded, that’s all. If you think we’re being harsh, let me ask you, is there one great writer who didn’t treat women like absolute dogshit, or even one great artist for that matter? I didn’t think so.

And before you try to say some dumb shit like, “well, actually all those guys were super emotionally immature and never confronted the reasons why they used women in the ways they did, despite being introspective individuals,” let me just tell you this: you’re probably right, but Ernest Hemingway wrote Old Man and The Sea and you’ve written what? Exactly, get fucking wrecked.

If She Doesn’t Believe You, Say You’re Actually Filmmaker

Maybe she doesn’t buy that you’re a writer. Maybe pretending that you write books professionally is a bit of a reach for someone that doesn’t know the difference between a colon and a semicolon. No worries! Just Tell her you’re a filmmaker. Ever taken a video of your friend puking? Well there you go, Scorsese. If she asks you what films you’ve done, tell her you have a big project that’s “in post” right now, whatever that means. If she asks you the title, or what it’s about, tell her that you “signed an NDA” with “the studio” and you can’t talk about it until it gets released in theaters. That ought to buy you a couple months.

This article was done in collaboration with our fellow patriots at rejectedwriters.com. To read more stuff that the mainstream media has deemed, “too intense for your viewing.” Check out their website or their instagram @rejectedwriters