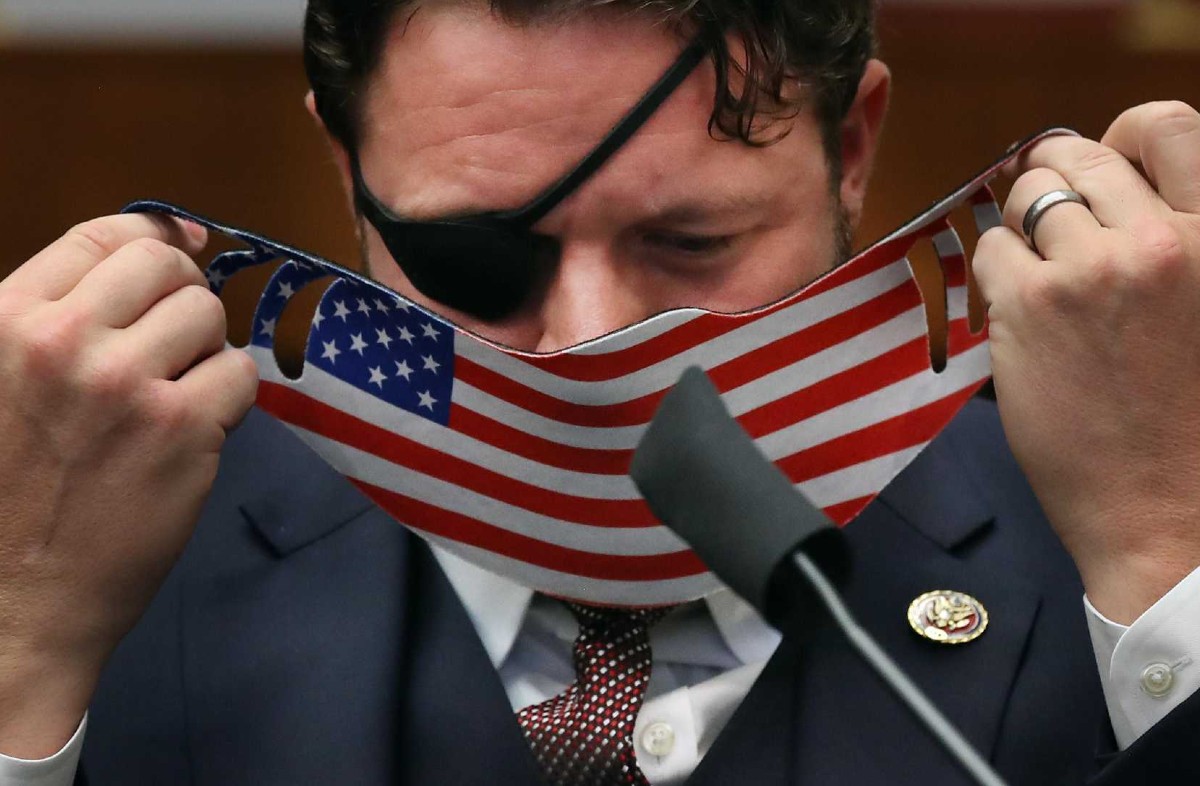 Standing Up to Cancel Culture: Dan Crenshaw Calls for U.S. Olympian to Be Fired for Not Eye-Fucking the Flag Hard Enough

Dan Crenshaw has had enough! Today our fearless and eyeless leader is working to “Cancel Cancel Culture,” by demanding Gwen Berry be fired from her job for not eye-fucking the flag hard enough. “When I look at the flag, I radiate so much sexual energy that it makes everyone around me uncomfortable”, says Crenshaw, “and I do it with only one eye. She has both, so what’s her excuse?”

When asked for clarification, however, Crenshaw really cleared everything up. “When you stare at the American Flag, while simultaneously releasing all of the pent-up sexual rage you’ve accumulated over the years, you’re proudly expressing your love of America. And when you don’t do that, it’s kind of like you’re cancelling America. It’s a shame for someone to lose their job or livelihood over something I disagree with, but also, if you don’t stare at the flag so hard that you feel like you’re committing a felony, you should lose everything.”