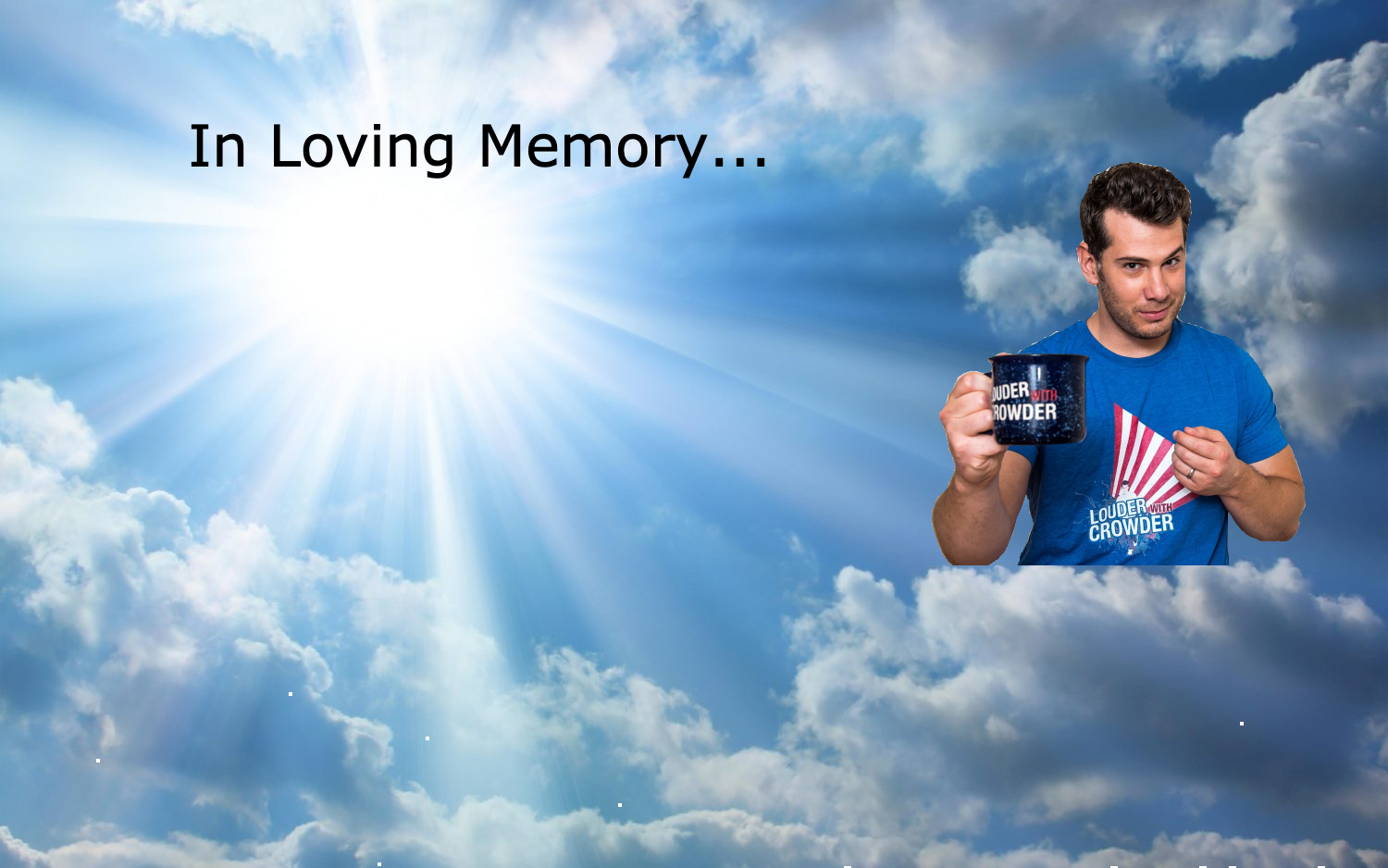 Steven Crowder Shoots Himself 41 Times to Prove Some Bullshit or Something, At Least He’s Dead Now

Steven Crowder has long been known to push the limits of acceptable comedy, from his unflinching willingness to call out “lispy queers” to his brave portrayals of buck-toothed, slanty-eyed rice-farming Asians. As a result, the Radical Left HATES him for going where no comedian since D.W. Griffith has gone before. What often goes understated, however, is his penchant for investigative journalism. He heroically reenacted the George Floyd case, putting his life on the line to prove how George Floyd was not killed by Derek Chauvin. One can only suspect Deep State involvement to explain why Crowder’s meticulous reenactment was not shown to the jury.

This, however, deed was not without its critics. Some pointed out the drastic differences between the body positions of Chauvin and Crowder’s stand-in, and some claimed the whole premise of the bit was deranged and indecent. Months later, Crowder has decided to return to his journalistic routes. As if to spite all the haters, Crowder has just one-upped himself.

Crowder took on the 1999 death of Amadou Diallo, an unarmed man shot 41 times by courageous plain-clothed police officers who mistook him for a violent suspect. While the officers were all cleared of criminal charges, the public perception largely remains that they used excessive force and simply murdered an innocent man, and that’s why Crowder has stepped up to prove that shooting someone 41 times for a crime they never committed is actually just sensible police work.

Sadly, Crowder died in the process of filming this reenactment and the video has been withheld for its graphic nature. However, his co-hosts were in good spirits, as Crowder would never have to face the trauma of debating Sam Seder ever again. Rest easy king, there will be plenty of 17-year-olds for you to debate in heaven.