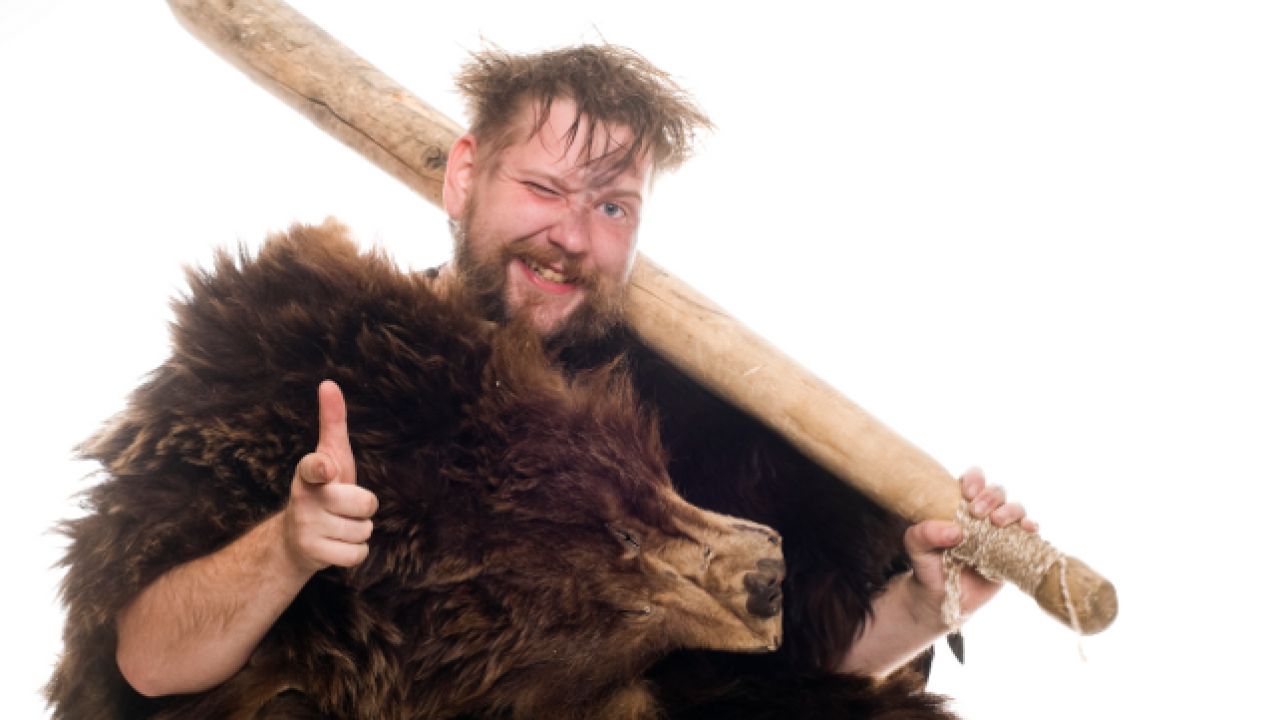 The paleo diet. Also known as the caveman diet. To some, it’s simply a diet consisting of lean meats, fish, fruits, vegetables, nuts, and seeds. A way to keep your weight down by cutting out dairy products, legumes, and grains.

But those who truly understand the sheer power of the Paleo diet are aware of its true power. With Paleo, we can harness biological evolution to bring us back to a time when men were truly great. Yes, the Paleo diet is a culinary return to the Paleolithic era, 2.5 million years ago.

Things were simpler back then. No one was canceling you for saying the wrong thing. You could find a wife by clubbing them and dragging them back to your house. A man could just be a man.

The people who have had the most success with the Paleo diet are those who truly commit to the ideals of returning to a Paleolithic time, which is why I’ve decided to lean into the lifestyle in every other aspect of my life.

Does it work? It doesn’t NOT work. It started with baby steps. I wore shaggy animal hydes to the mall. It was sweaty and uncomfortable, but in just one day I had lost nearly a pound of water weight.

Then I progressed to Hulk speech. “Me want beer. Me no like Marxism. Me wish Last Man Standing still on moving box.”

Then I began hurling shit at strangers as they passed me.

Again, does it work? Well, people chased me and I ran. I’ve started making major leg gains. Could I run without throwing shit at people? I guess, in the same way that I could eat something besides pizza and pasta for dinner occasionally without cosplaying as a neanderthal. But then what’s the point? To be some health nerd? No way. I’m embracing my roots baby. A return to tradition.

This article was written by an intern that the author hired to write this. The author stood over the intern while he wrote it the entire time, throwing his shit at me. Oh God, he’s doing it again. I don’t think he’s showered recently either. Now he’s making me sniff his finger. Now he’s smashing my cell phone. I really need to stop taking jobs on Craigslist.