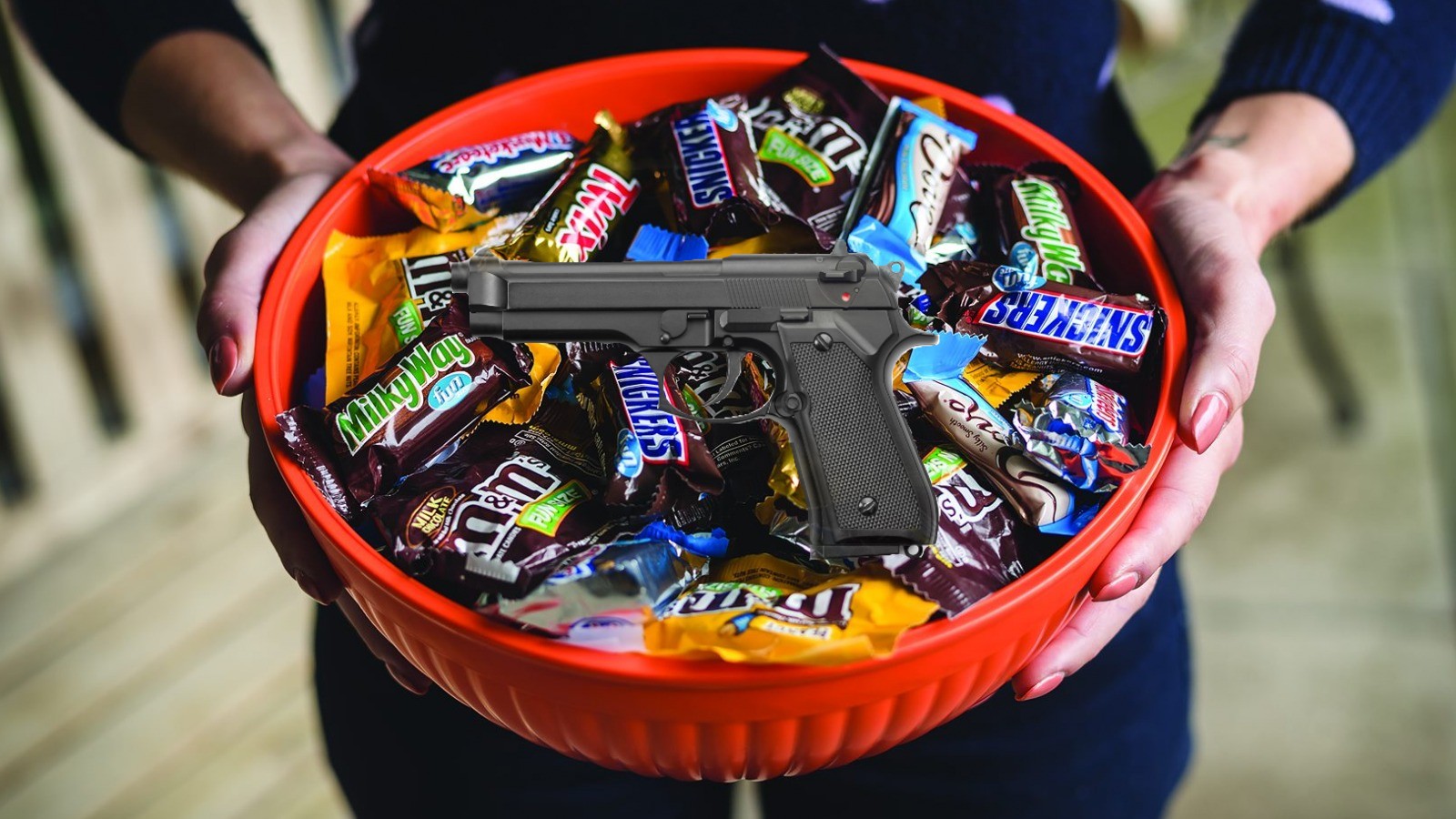 Ever since Twix revealed their left or right Twix campaign, people have been eating up their marketing scheme while keeping themselves blind to the truth. This entire style of advertising is merely a way for them to divide this country even further by showing that even two delicious candy treats have no hope of getting along. The main thing to watch out for are liberal parents dropping left sided Twix into your children’s candy bucket as a means of subtly brainwashing them to vote for Hilary Clinton in the next election cycle.

Ring pops are nothing but vanity incarnate. They have been designed to give children a craving for jewelry and classism from an early age. Don’t let your children go near these things, throw them in the fireplace as soon as you see them. Unless of course you’re fine with your child growing up to be a bling covered pimp hustling over on 14th street.

Pez Dispensers are an equally sinister candy as they teach your children to become desensitized to violence. Every time they snap the neck of their cute little cartoon character, they get a treat. It’s as if this company decided that children were nothing more than lab rats meant to be subjected to experiments so cruel that even Willy Wonka would be rolling in his grave.

I’m sure if you’ve browsed through your local grocery store, you’ve been to the candy aisle and you’ve seen all sorts of snacks and treats just begging to be bought and eaten. Children love candy, they love all kinds of candy, they would eat that entire aisle if you let them. You cannot let this happen, you need rules, you need boundaries. My most important boundary I set with my children is that they’re not allowed to eat any candy that has a mascot on it because those mascots are just an attempt at brainwashing them. The candy mascots are not your friends, they are your enemies. Teach this to your children, make them into warriors.

This is a flashback to the eighties. Asbestos Sugar was all the rage when I was a child but it quickly led to several cases of child stomach cancer. Child stomach cancer is easily the saddest form of child cancer and only you can protect your children from it.

Every year there’s always at least one sex offender on your block that will try the old dress up like a piece of candy trick. It’s tacky and lazy but to the unknowing parent, it can be extremely effective. One minute your child is enjoying a delicious Snickers bar and then the next they’re screaming because there’s a strange man in their bedroom. Don’t be fooled by your local sex offender, check every piece of candy just to be safe.

Trophies For Participating In Halloween

If you want to ruin your child and their understanding of competition, then by all means let these trophies into their bags. A Halloween participation trophy will make your kids believe that they deserved their candy when in reality they need to be told over and over again that any candy they get is the candy they’ve earned. If you do see the trophy in their bag, make sure to take it from them and force them to fight you for it.

A child that eats dinosaur shaped fruit snacks will begin to believe that they might be able to eat an actual dinosaur in a survival situation. This is not the case. In reality, any child that attempts to eat a dinosaur will in fact be eaten themselves. These gummies underplay the threat that true dinosaurs pose to our lives and to the lives of our loved ones. Make sure your children hold onto that primal fear of dinosaurs for as long as possible.

Another Halloween holiday threat that is equal parts idiotic and effective. While most parents know to check every single piece of candy to make sure they’re not actually secret razor blades, the average child will simply throw the sweet treat into their mouth and start chewing until their cavities have a brand new home. Chomping down on a razor blade is a surefire way to injure yourself. That’s why it’s much safer to use razor blade flavored chocolates to at the very least simulate the flavors.

If your children are going to be eating pretzels they need to be doing so in a bar setting. Without the roughness of a bar to pair with the crunchy delicious flavor of a pretzel, your child will become weak and soft like the dough that was used to make those pretzels. If you find chocolate covered pretzels in their bag then you drive your child to the closest dive bar and you let them get into a knife fight with a drifter.