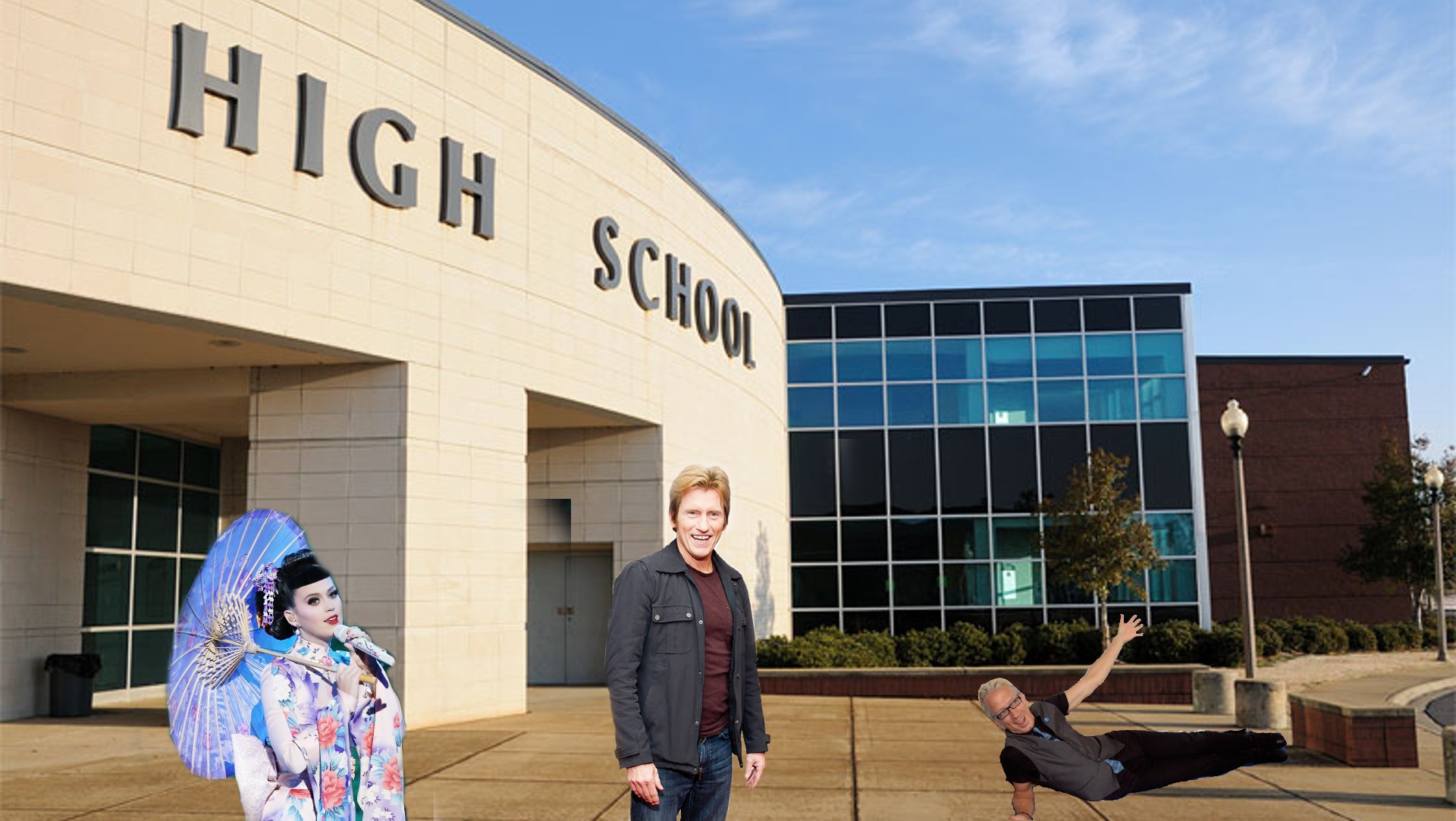 Dave Chappelle, famous comedian and recent victim of cancel culture, took a stand for famous people everywhere, and did something most people are too scared to do: he visited his old high school.

The move was met with controversy, as many students criticized him and his work. After scoring some epic slams on the kids like “I’m famous and you’re not” and “Let’s see you try to make your 19th half-apology in a month, PAL,” Chapelle suddenly got serious when it came to sending kids death threats.

“Hey, don’t do that,” Chapelle bravely said. “I am against that.”

The appearance was met with mixed reactions, with some characterizing Chapelle’s appearance as bizarre and deranged. However, despite the biased media currently singling Chapelle out, it’s actually very common for celebrities to turn up at their old high schools and berate the student body in times of controversy. Here are 5 celebrities who famously pulled up and showed a bunch of random students from their hometown what’s what.

In 2013, Katy Perry showed up to her high school dressed as a geisha. She took small steps back and forth on the stage while obscuring her face with a hand fan. When a student would address her, she’d give a short bow and throw flower petals.

Students asked her questions like “why are you dressed like a geisha” and “could you please stop talking in that accent.” After dismissing each question with a curt “we are a simple people”, she brought a high school senior on stage. “You have a problem with me,” she asked the student. “Uh, I mean no, this is more offputting than anything. If we’re being honest, I’m sort of worried for you.” Katy responded by surprising kissing him on the lips.

Katy was subsequently removed from the stage while a short woman with frizzy hair announced they were naming their library after her.

Dennis Leary visited Saint Peters High School in 2015 to give a speech on why the school doesn’t sell coffee-flavored coffee. After screaming for 15 minutes, he lit a cigarette on stage, a move he kept insisting wasn’t stolen from Bill Hicks. “Who’s Bill Hicks?” a student reportedly asked. “I’ll shove this cigarette right up your ass,” Leary responded. Leary then proceeded to throw the lit cigarettes around the stage, eventually setting the curtain on fire. “Firefighters are the most selfless public figures you’ll ever encounter.”

The school has permanently banned Leary from ever returning and erected a statue of Leary smoking in the school courtyard.

Andy Dick reportedly visiting Hunnington High in West Virginia. Students, who noted that Dick was not a member of this school, were confused by his presence. Dick ascended the stage after groping each faculty member one by one. Once on the stage, he immediately mooned the audience while reciting Michael Richard’s infamous ​​Just For Laughs performance.

After being removed from the stage, Dick was sentenced to 4 years of community service and 5 cameo appearances in subsequent Judd Apatow films. The school also changed its name to Dick High.