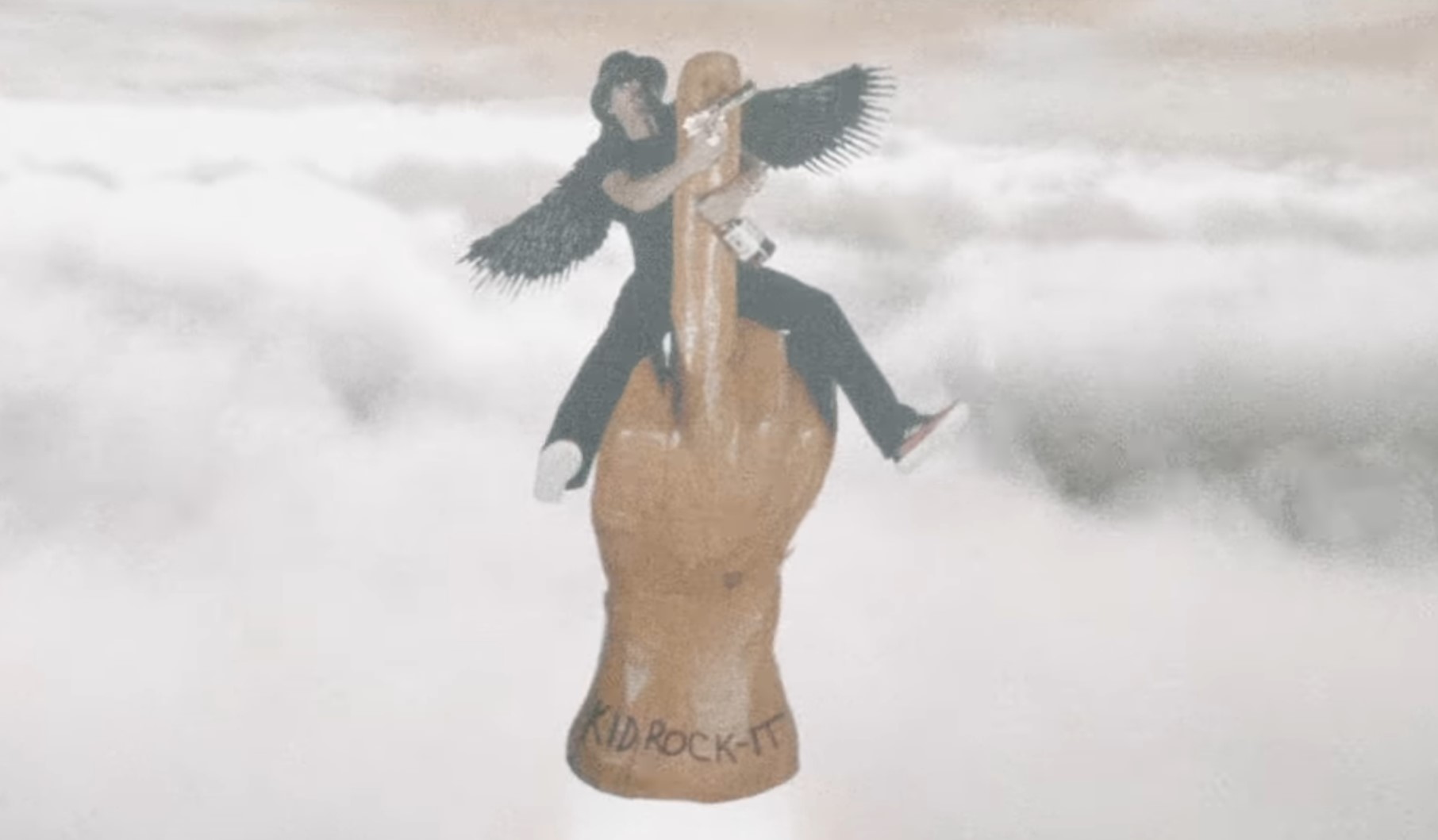 Following the release of Kid Rock’s latest adrenaline injected music video, scientists have measured an increase of testosterone levels across the country by nearly 300%.

Dr. Paulson, who studies endocrinology at his lab in California, walked us through the very beginnings of this discovery.

“We couldn’t really make sense of it at first, we were getting these readings in the blood work that didn’t seem to correlate with anything, so many patients were wearing cut off sleeves suddenly. Then one of our head researchers watched the Kid Rock music video on a work computer and came in the next day with a tattoo of a rattlesnake on his face and a twelve pack of beer. Eventually he flipped us all off and rode away on a gold plated ATV but thankfully he left some blood samples in the break room after he pulled out his own rotting tooth with a pair of pliers earlier that day. After analyzing his blood and hearing about this music video we knew there was a direct link between these two data points.”

Dr. Paulson and his team have been safely studying the music video in a contained environment to try and pinpoint what about it exactly would cause such a huge spike in testosterone levels.

“When you’re looking into something like this you have to be extremely objective and isolate what might be the source of the changes. Our team has been able to identify a few key moments within the music video that bolster testosterone production. First is the overabundance of anger. What is he angry at? Nobody is quite sure, but the sheer quantity of it is enough to spark a rise in testosterone. Then we move on to the images of guns and cars in just about every other shot. Guns and cars are known to activate dormant parts of the brain responsible for testosterone production but this music video features so much that this section of the neural network goes into a frenzy. Finally we have the imagery of the middle finger which remains constant. Testosterone levels spike upon the first use of the middle finger and then reach an absolute high when they see Kid Rock has landed on Mars with his middle finger shaped rocket ship.”

Although it is still unclear what the implications of this data are, Dr. Paulson believes it could very easily lead us down a path of pimpin’, partying and rock and roll.