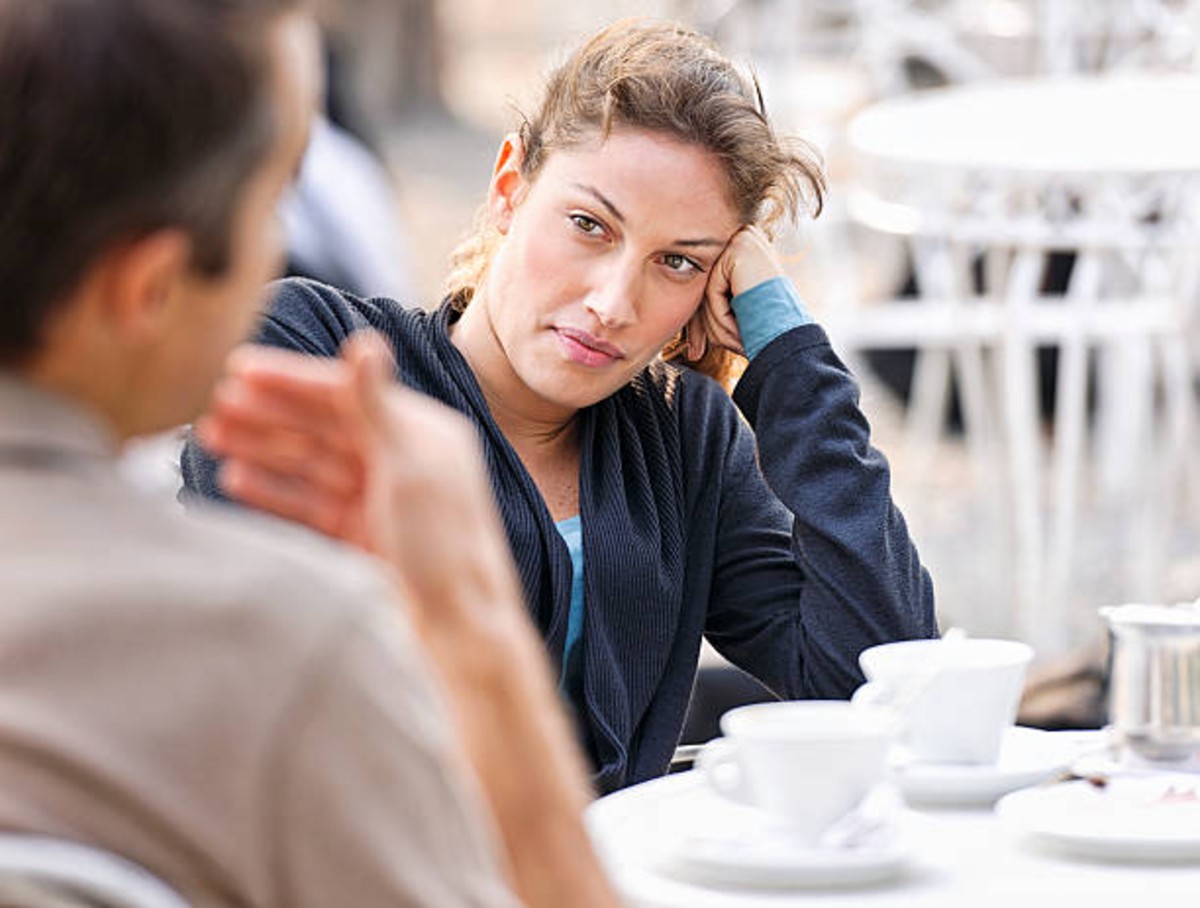 Confession: I Only Date Men Who Can Explain Math Rock to Me

They say condescension is an aphrodisiac. I can’t say I disagree.

Let me paint you a picture. I have been on a lot of dates with men and ever since 2016, something majorly changed. As the culture has alienated white men from being the center of the narrative, I’ve found my dates going a little differently.

It used to be that I’d sit down to dinner with a man, and he’d completely dominate the conversation with inane observations and monologues explaining movies I’ve seen or concepts that most people learn in middle school. But recently, men have started to #dobetter, and it’s ruining my life. “So tell me about yourself,” they say, staring at me all doe-eyed. Disgusting. “That’s really interesting”, he’ll mew, as I describe my major or tell a mundane story. It’s the least sexy thing I’ve ever experienced.

They say women want to be listened to, that we just want to be heard. But that’s not true. The sexiest thing in the world is when men explain Math Rock to me. Take Brad, for example. I met Brad in 2013, and he rocked my world. Nothing gets me wetter than listening to Brad drone on about dissonant cords, atypical rhythm structures, and the cultural significance of King Crimson.

I can feel the rush of blood to my labia when I try to say “Oh, I know what Math Rock is, my dad got me a copy of Spiderland when I was in high school and I’ve seen Three Trapped Tigers like nine times” and he completely interrupts me to tell me that Three Trapped Tigers is more instrumental experimental rock than Math Rock.

I get goosebumps all over my body when he takes a napkin out and starts showing me what a time signature is, even though I’m a music major. Whenever I date these sensitive dudes who treat me as an equal, I’ll be honest, I get fucking bored. But when I’m with Brad, I feel like I’m in that jazz bar scene in La La Land.

So men, heed this advice. If you’re on a date with a woman, and you can see her start to fade, try to explain to her how Math Rock is a combination of Prog Rock and Indie Rock. Make sure to explain both of those terms to her, and if she seems like she already knows, that’s just her way of saying, “I want you to conversationally dominate me, so I know you’re up for the challenge in bed tonight.”