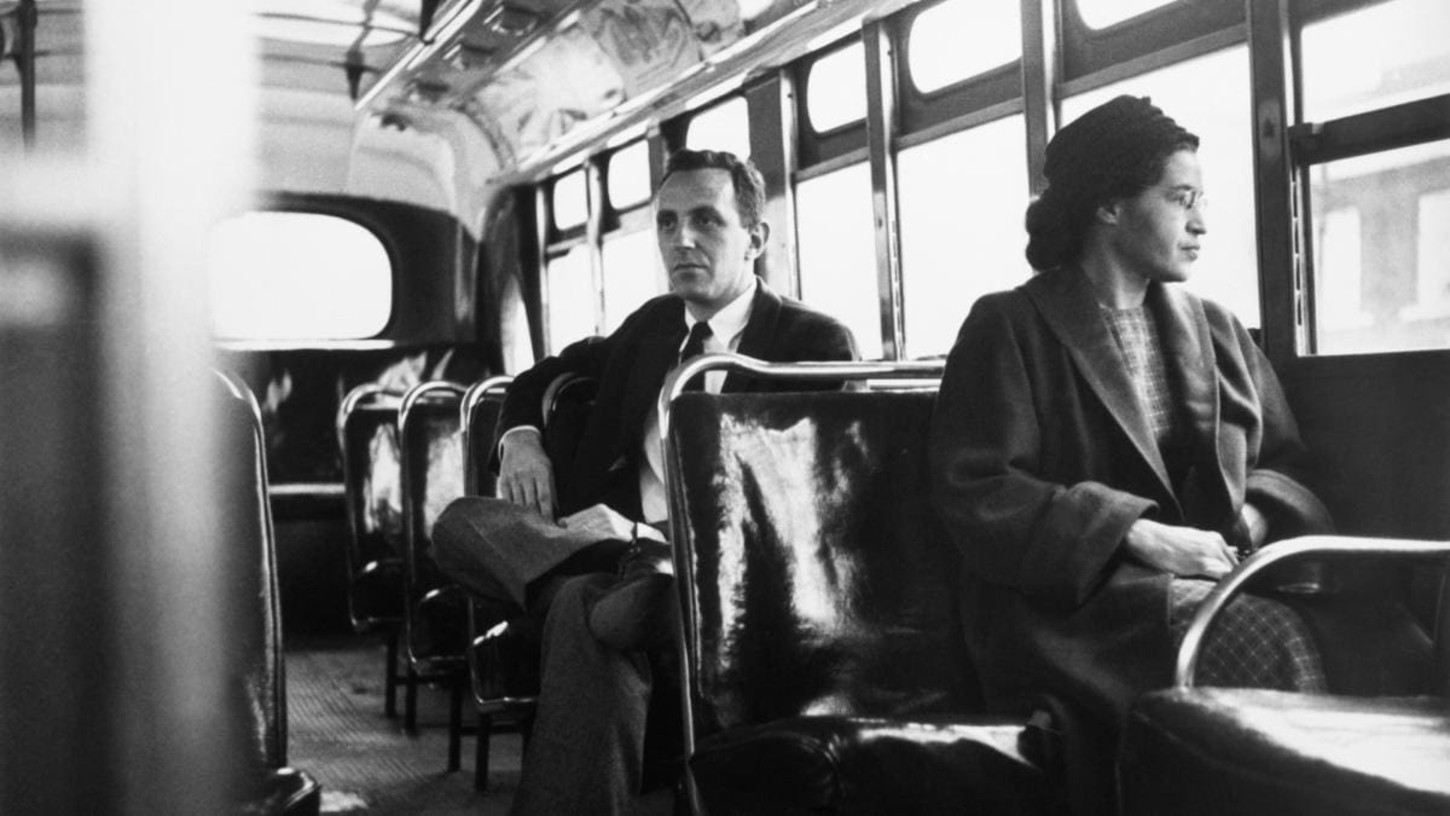 “I had crossed the line. I was free, but there was no one to welcome me to the land of freedom. I was a stranger in a strange land.” Do you know who said that quote? Rosa Parks. Wait, no, shit, Harriet  Tubman.

FUCK, okay let me start again. “No, the only tired I was, was tired of giving in.” Do you know who said that quote?  I mean probably because you read the title of this article. But you may not have read how our country is turning into a dictatorship, and how I bravely stood up to prejudice in the face of adversity, just like our favorite hero Rosa Parks.

So here’s the story. I have my child enrolled in Rosa Parks Elementary School. Please don’t Google that; I’m trusting you to not dox me. Recently the school, or should I say concentration camp, has decided that my kid should wear a mask. So when I heard that our school was holding a PTA meeting, I decided to show up and speak my mind. I had a wonderful speech prepared. It hit all the points that you could expect from a single dad who spends his free time preparing speeches for PTA meetings.

There was a part where I called everyone fascists. I referenced George Orwell like 4 times. I had a large section that listed the phone numbers and addresses of every faculty member at the school, and there was a lengthy section that mathematically proved Israel has a right to defend herself (it’s related, I promise).

But 10 minutes into my speech, the PTA decided that my truth-bombs were too radical for the public. I had disrupted the system, and they needed to keep me quiet. Remind you of someone? Someone who maybe had a huge hand in stopping segregation? Someone who makes up 33.3% of the black women I know by name?

Well anyways, I screamed, “You know, it’s ironic that ROSA PARKS ELEMENTARY SCHOOL is kicking me out for proverbially standing up and defending our children’s freedom.” The woman who ran the meeting had noted that she was stopping me because the meeting was only an hour and I had effectively taken up 10 minutes of it.

“So, back of the bus with me, huh?!,” I screamed, while the administration reminded me that I was notorious for getting drunk at a school soccer game and pissing behind the buses. “THAT WAS ONE TIME,” I responded, but my pleas for equality went on deaf ears.

Why am I telling you this story? Well, first off, our PTA doesn’t have a Google Reviews section, so I needed some platform to vent (I’m banned from Facebook for sending unsolicited nudes to other kid’s moms). But more so, it’s because I want to remind everyone that freedom has to be fought for.