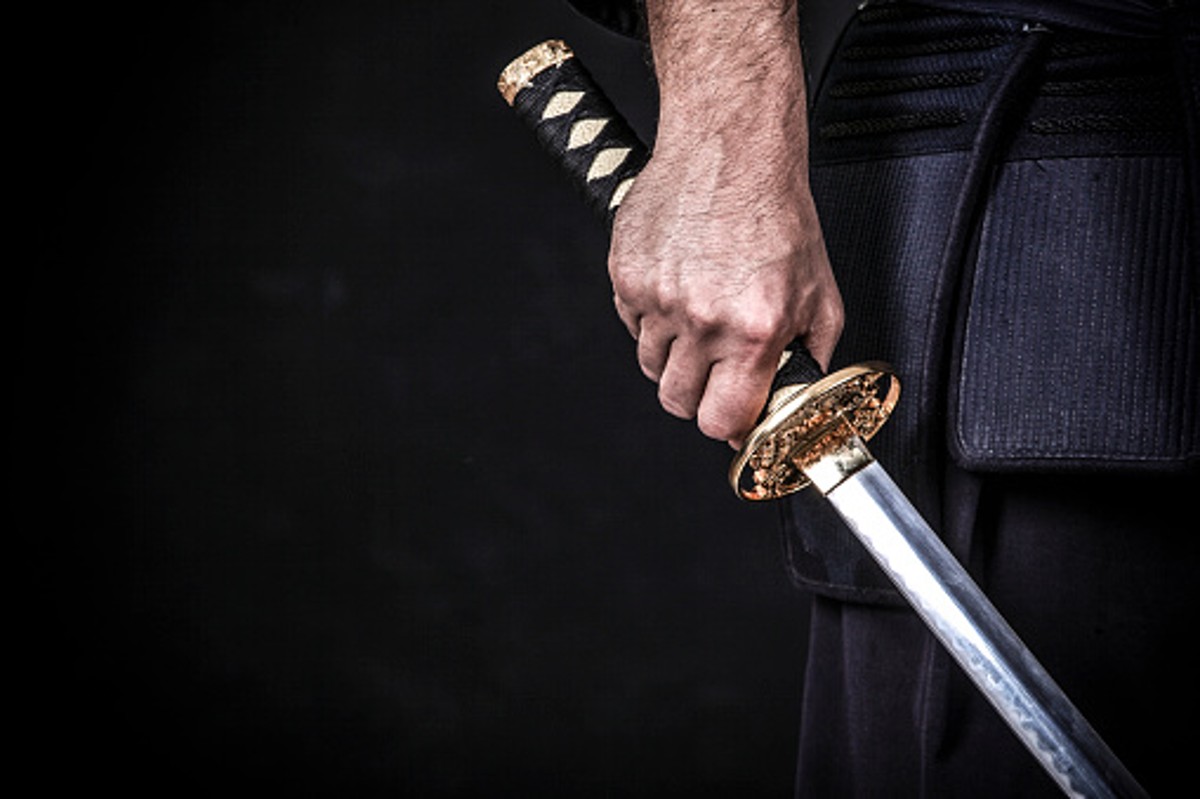 Home Decor: How to Decorate Your Studio Apartment With Just a Samurai Sword

If you’re anything like me, you live in a barren apartment with no decor. A quick look into my living room will paint a very clear picture; 2 chairs set up in the middle of the room, next to a TV that’s sitting on the ground. Connected to the TV is an XBox 360 that I have to use a screwdriver to pry open the CD drive. The walls are white and the paint is chipping. The fridge has a 24 pack of PBR and relish that’s 14 days past its expiration date. I have an assortment of bongs that are covered in resin and my dog shat on the floor because I was too hungover to take him for a walk.

If this image is familiar to you, you might be thinking, “what am I going to do if I ever bring a girl over here?” Now, that’s a pretty big if, but let’s take that notion seriously for a second. What are your options?

You can head to Micheals and spend your hard earned cash on stupid home decor stuff that will make you look like you’re domesticated and neutered. But what if someone sees you in Michaels? The persona you’ve been cultivating for years by wearing the jacket from Drive everywhere will come crumbling down.

You could maybe go to a thrift store and try to throw together an assortment of art and decorations, but no one’s gonna buy that. No woman has ever said, “Wow, I love your 101 Dalmatians McDonald’s Limited Edition Glasses and your Pulp Fiction poster.” No, for this task, you’re going to need to pull out the big guns.

And what are the big guns? Well, it’s not actually a gun – it’s a sword. A samurai sword. Samurai swords are incredible tools that help you develop an alpha mindset. They are Eastern, which makes you look cultured. Bring a girl over there and show her the sword. Then order some Chinese food and she’ll think, “Who is this worldly man? Maybe he can teach me his ways!”

When that samurai sword hangs on your wall, it’ll broadcast to any potential partners that you are a warrior, prepared to battle with both wits and strength. You can even print out quotes to tape to your wall around the sword, like “If you can make your opponent flinch, you’ve already won.” How badass does that sound? It reminds of of your days when you went to karate class in a building that used to be a Blockbuster.

Being a samurai is all about self discipline, so make sure to scream at your friends if they ever try to touch your sword. “That’s not a toy, it’s a weapon that must only be used in battle,” you’ll say, even though you got it by searching “Katana Decor” on Etsy and the blades aren’t sharpened.

Generally, you won’t need to add anything else, as other art will detract from the swords. However, if you want to really reinforce the Asian theme, you can buy a Kimono, for when you need to “slip into something more comfortable.” You can also set the mood by putting on a Bruce Lee movie, or even better, a Steven Seagal movie. Make sure to explain the movie to your potential partner when she comes over, nothing gets a woman hornier than having a man explain movies to her.

So there you have it! For as low as $8.99, you can turn your apartment from a sad isolation chamber into a warrior’s Dojo. You can also bust out more money and buy a real sword instead of a decoration sword, but I doubt Pep Boys is going to give you a raise if you keep showing up to work hungover.