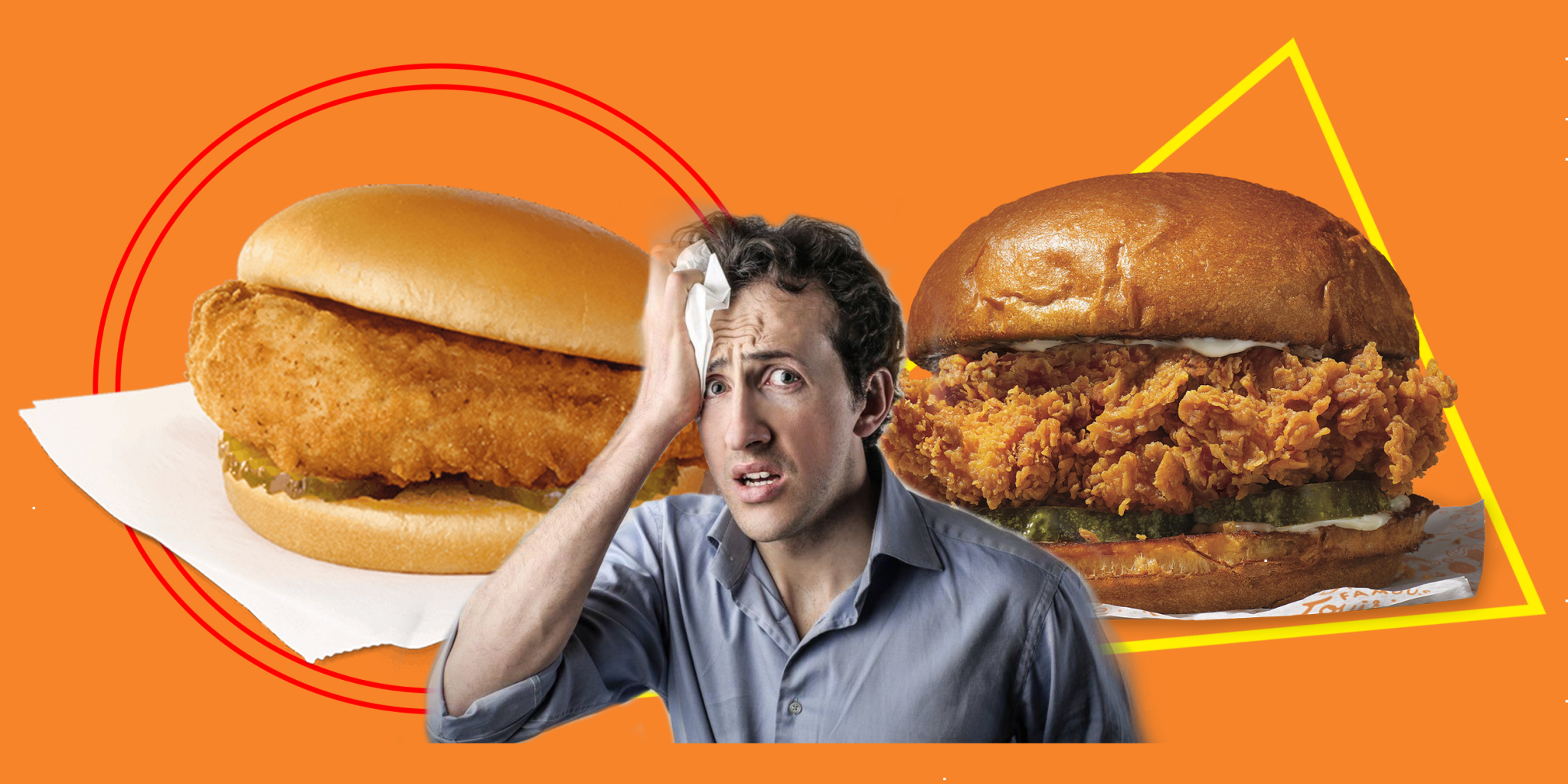 Look, I want you all to know off the bat that I 100% support Chick-fil-a. In 2012, I drove to Abingdon in support of Mike Huckabees Chick-Fil-A Appreciation Day. I protested when the slandering articles about their “ties to gay conversion camps” THEORY came out. I stand by the Salvation Army. I stand by the National Christian Charitable Foundation. I stand by their long history of supporting and funding anti-LGBTQ organizations, and I will continue to support them.

But I have a secret. Popeye’s is better. When I go to Popeye’s, I have to lie to my wife. I’ll bring home Chick-Fil-A and I will chew the food and then spit it into a napkin. I will achieve this through a complex series of fake phone calls and work emergencies. Then around 9 every night, while my wife is begging for us to have sex for the second time in our entire marriage (nothing can beat wedding night!), I make up some convoluted excuse and I drive to the nearest Popeye’s.

The second I get there, I feel the need to fit in. I turn on Lil Nas X’s Call me By Your Name and I take my shirt off. I have fake nipple piercings I put on, and I wear those rainbow suspenders from Target. You know, stuff gay people do. I know I should be eating at Chick-Fil-A, but the chicken sandwich at popeye’s really is excellent, the chicken is thick and juicy, and the biscuits are unbeatable. Plus, what the hell is Chick-Fil-A sauce anyway? It’s fine, I guess, but Popeye’s Sweet Heat is incredible. I like to take one of the biscuits and put some of the chicken on it, and then put on a few fries and sweet heat. It’s like a little sandwich. I can basically get two-three sandwiches for the price of one.

ALSO, at Chick-Fil-A, the workers sport these creepy smiles, and the men there always come up to your car with their weird tablets and try to take your order before you can see the damn menu. If Chick-Fil-A workers are supposed to hate gay people so much, why do they all seem gay?

Anyways, I scarf down the Popeye’s in my car immediately, because, honestly, my wife would divorce me if she knew I was a Popeye’s man, and let’s just say I don’t exactly have a clean slate going into this. I wish I could live in a perfect world where Chick-Fil-A just made Popeye’s food, so I could get better chicken but also help fund straight conversion therapy. Unfortunately, that’s not the world I live in, so until then, I’m going to be living a double life. I know my values are being compromised, but the chicken is so damn good.