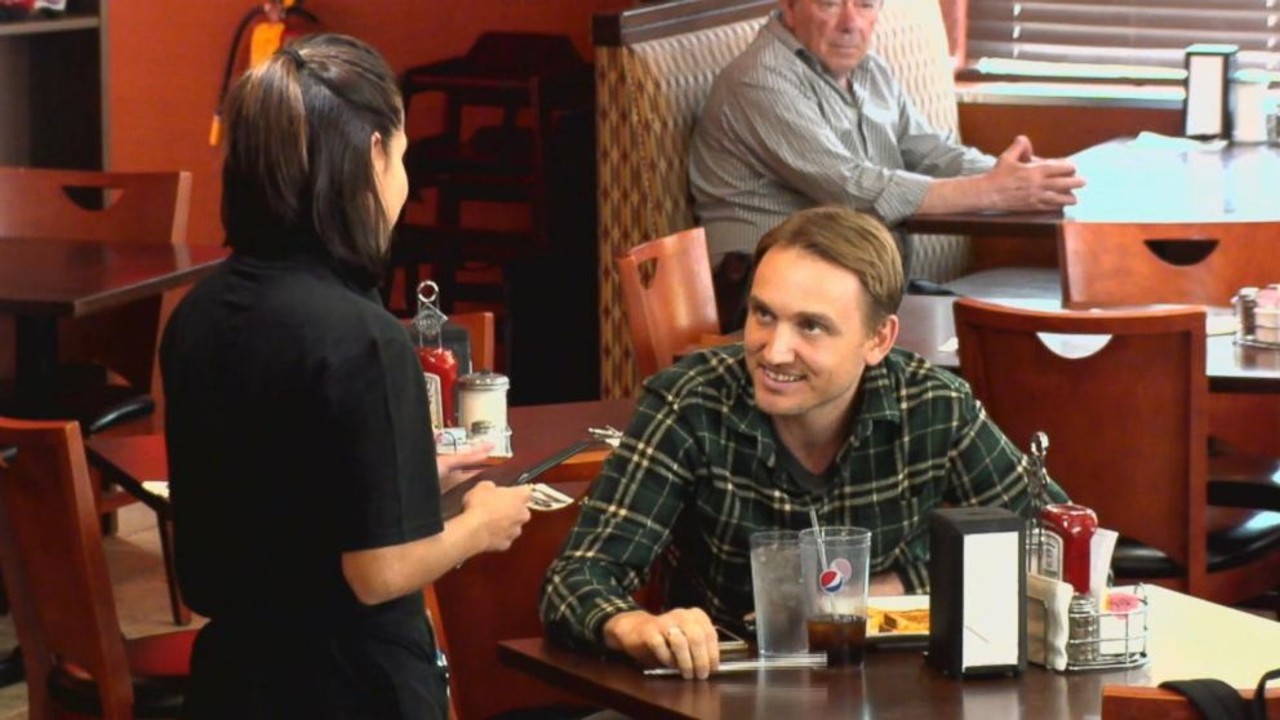 Farmville, Va (ManFacts) -- A local father is preparing to repeat a ketchup-related joke to the waitress when she comes back, assured she will laugh this time.

The waitress, who initially forgot the ketchup, politely smiled when the father said "well I guess Heinz-sight is 20/20," but did not respond.

We interviewed the daughter on the scene, who was so embarrassed that she reportedly wanted "to die."

"No one wants to hear your lame joke again dad," the daughter said. "Plus it only made sense when she forgot the ketchup. It won't make sense if you say it again with no context."

The son, who was silently on his phone throughout the ordeal, informed ManFacts that the father is indeed divorced, and theorizes that this is his way of flirting.

"He's a little rusty," the son said. "He hasn't been single since The Shining was in theaters. She's not going to laugh at that joke though."