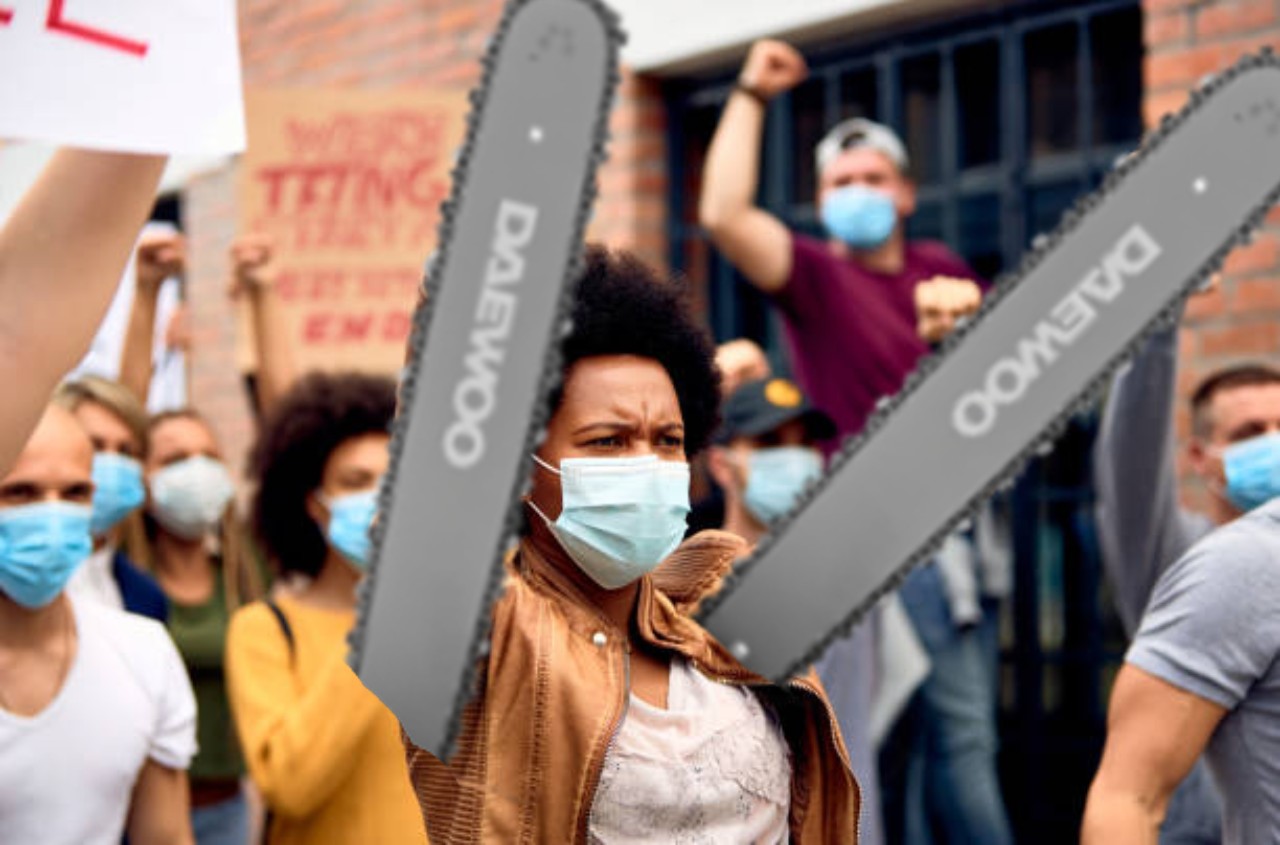 OPINION: Dating a Liberal Is a Bad Idea, Especially When They Have Chainsaws for Arms

The dating world is a strange and dangerous place. It’s even more of a struggle out there when you’re searching for someone who agrees with every opinion you have.

When I was younger, and my heart was full of hope, I ventured out every single night in search of love and figured out some bitter lessons. It became glaringly obvious to me that trying to date a liberal is a terrible idea. I also realized that it’s an even worse idea to try and date a liberal who has chainsaws for arms.

Right now, you’re probably coming up with some justifications in your head for why you might still give a liberal with chainsaw arms a chance. Let me warn you now that it is guaranteed to fail.

Maybe the first date doesn’t go so poorly; you manage to ignore her babbling political commentary and you convince yourself that the gas fumes coming off her chainsaws doesn’t smell that awful. Perhaps, even the second date goes well and the two of you are inclined to spend the night together. You’ll bring them back to your place and you have a wonderful evening of carnal passions, made even hotter by the fact that there are two running chainsaws in bed with you.

All of these things might happen, and it might go well at first but somewhere along the line, you’re bound to wake up and realize you’re now stuck in the puddle of mud you so happily jumped headfirst into.

You’ll wake up one morning, not only disgusted with their liberal agenda, but also by the large quantities of motor oil they’ve spilled onto your bedsheets. The dinners that you two would share together are now impossible to get through because they keep bringing up abortion rights and they’ve cut through the third table this week and now you need to order another.

Even if you can ignore these common scenarios, you’re bound to stop trying one your significant other ruins Christmas dinner by yelling at your dad and cutting grandma in half.

Now listen, love can come in all forms and you might still be holding out hope despite the evidence which tells you to pack your bags and go. You’re more than welcome to try dating a liberal with chainsaw arms for yourself, maybe you’ll find a way to make things work. But when I wake up in the middle of the night with the sound of their chainsaws in my head, I count myself thankful to be far away from that person. Good luck out there love chasers and stay away from those chainsaw blades!