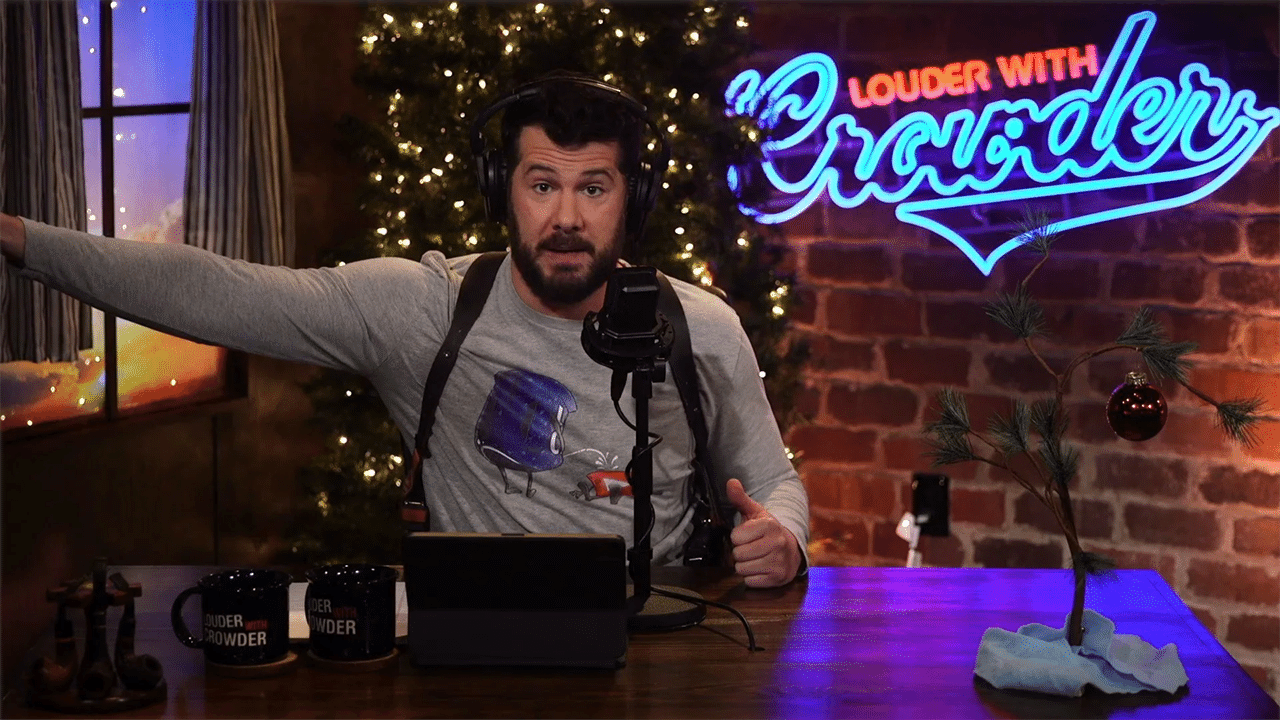 Steven Crowder Begins Debating Wife On The Definition Of ‘Cheating’

Political talking piece and conservative YouTube star Steven Crowder took to his podcast to have an in-depth discussion about the definition of cheating with his wife as a guest. In an unexpected move on the most recent episodes of his podcast, Steven spoke to his viewers to let them know he would be having a very special discussion. He would be bringing his wife onto the program and debating her on the definition of cheating. After welcoming his wife and making a remark about how he didn't like the amount of cleavage she was showing, he got to work laying down his own definition of what cheating was.

“Now listen, cheating can come in a variety of forms and I think identifying it is important to figure out if it's been done or not. In my experience, cheating is a very specific series of actions that must take place over a long enough period of time. For instance, let's say during my trip to Texas last week, I rented out a motel and slept with a stripper who I never talked to again. To me, that doesn't count as cheating, because it's just the one time. Now, if I kept going back to that stripper and slept with her thirty-seven times in the course of a year, that's clearly cheating, no argument there.”

As Crowder finished making his point, his wife prepared her counterargument. Before she could begin her speech however, Crowder interrupted with an advertisement from Black Rifle coffee, the only coffee brand that gives you the energy you need to fight terrorism. After the advertisement, Steven was happy to continue unpacking his thoughts, explaining his wife would get a chance to talk in the next episode.

“Now I already know what you're gonna say, honey, sleeping with a woman just one time counts as cheating. But let me ask you this, do you remember our trip to Florida three years ago when I caught you smiling at another man? I could have called that cheating, I could have filed for divorce, but I didn't because I'm an adult and when you're an adult you have to make sacrifices. So don't try to tell me that sleeping with multiple women is cheating, because smiling at other men is just as bad, if not worse. Let's also not forget the things I don't do. I could talk about how much I fantasize about AOC, but I don't. Out of respect for my beautiful wife who is aging more and more every day, I hold back the urge to talk about how quickly I would cheat on you with AOC if given the chance. But I don't do that, because I'm a good husband.”

After guzzling down an entire cup of Black Rifle coffee and putting his cigar out on his Kyle Rittenhouse-themed ashtray, Crowder thanked his audience for watching and reminded them all that women cannot be trusted unless they subscribe to his newsletter.