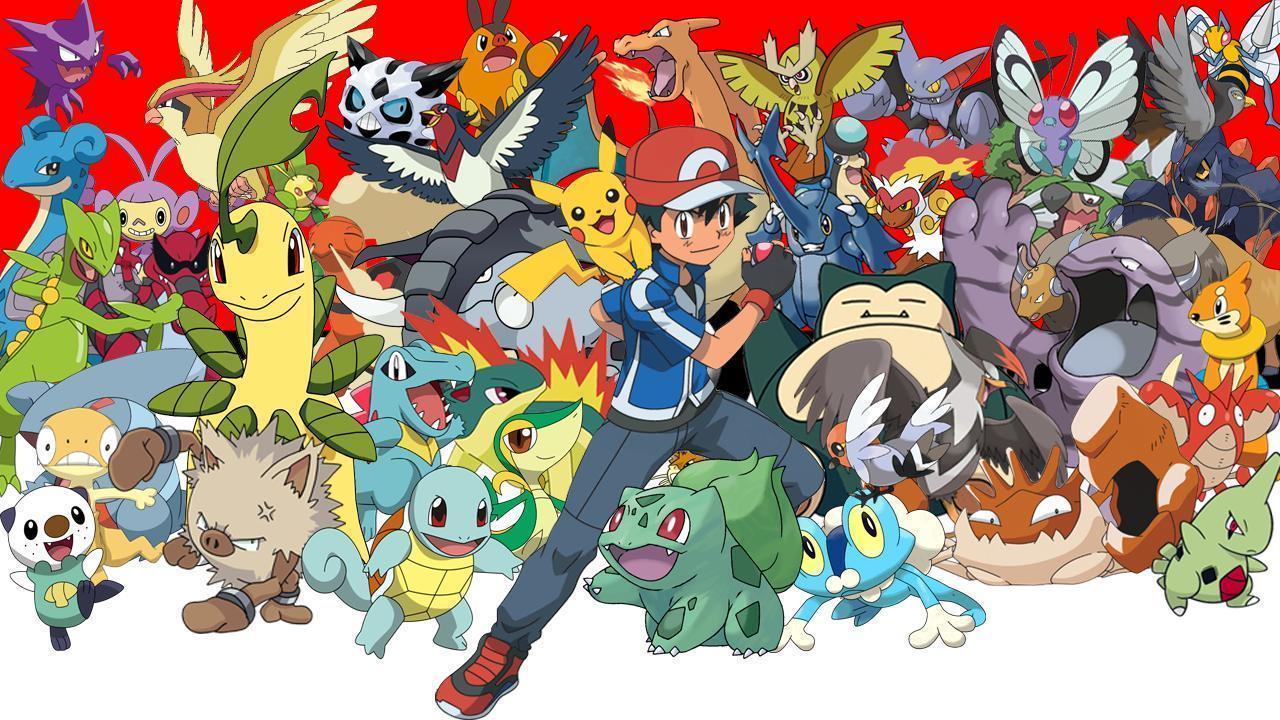 Drugs, guns and bullies, these are the things you’ve been brainwashed to be afraid of in your child's life. Little do people realize, there are actually a whole host of things far worse than those listed above. In fact, drugs, guns and bullies have been shown to make kids stronger and more prepared for life. The actual threat to your child growing up healthy? Pokemon.

Pokemon might disguise itself as the dreamscape of an imaginative Japanese businessman, but it’s actually a cavalcade of estrogen just waiting to pump itself into the veins of your children.

With girls, you don’t need to worry too much about how they experience Pokemon, but for your sons, you need to remain vigilant and ensure they aren’t liking any of those lame Pokemon that seek only to spread weakness.

As a concerned parent, I’ve developed a list of ten Pokemon I could find that won’t cause your kids to become noodle-armed flower boys.

Not only is Charizard the most iconic of these creatures, he is also the one that shows how important it is to foster anger if you want to get anywhere in your life. Charizard isn’t just a fire-breathing dragon-type monster, he’s an executive with big balls hanging between his legs anywhere he goes, and when your son looks at someone like that he’s going to know he needs to toughen up.

Most Pokemon fight with magic or something, but this Pokemon right here throws all that to the roadside and handles things the old-fashioned way, by punching those it doesn’t like in the face. Your son is going to encounter problems in his life and, unless he learns that violence is the only way to solve them, he’s never going to learn what it takes to survive as a man. Thankfully this Pokemon is going to punch people in the face and show him the proper path to manhood.

Being a man is all about finding other men to support you without critique or judgment, thankfully Dugtrio is an excellent example of this very tenant. What begins as a lonely incel-type Pokemon eventually finds some friends and evolves into a Dugtrio. Seeing this Pokemon have a social life might be just enough to motivate your son to quit the game and make some real friends.

What’s better than having two bulging biceps to show to all the other guys at the gym? Four bulging biceps obviously, and this Pokemon has those bulges galore. It takes a certain level of confidence to walk around wearing nothing but a tight speedo all day long while others look on with jealousy. This level of confidence is what Machamp brings to the table before he slaps the waitress on the ass, and your son is going to feel nothing but inspiration to hit the weight room once he witnesses this hulking muscle machine.

Gengar is a ghost-type Pokemon which means it is essentially dead. It's never too early to teach your son about death and what better way to do that than to force him to interact with a manifestation of death itself? Next time your son asks you about grandma, just show a picture of her drawn to look like Gengar and your baby boy will understand and hopefully stop asking you for good.

Babe alert! This Pokemon does something that none of the others ever will. This Pokemon will arouse your son. A quick search online will show you countless images of this Pokemon in various compromising circumstances and that’s simply because she is hot beyond belief. I’m not saying I would cheat on my wife to get with her, but I will say that it's a good thing Pokemon aren’t real or I would ruin my marriage. Let your son sink his eyes into this specimen and he’ll be chasing down cheerleaders in no time.

Shuckle is the only Pokemon confirmed to have contracted an STD, need I say more?

Gyrados is cool and all but I should probably tell you that my wife found this article I was typing up and she is extremely disappointed in me. She tells me that it’s disgusting that I would try to take something innocent like Pokemon and use it to attack my son. She hasn’t even played Pokemon but let’s just pretend she knows what she’s talking about.

I used to have nightmares about Mr.Mime, these intense fears only made me stronger. That’s how I know I’m strong enough to handle my wife packing her things up as I write this. She says that her parents are going to let her stay there for a while which I think is great but I have no idea why she is telling me this. I really don’t care. I might if I was some kind of wussy loser but I’m a man because I only play with the cool Pokemon.

Well, she’s finally gone, I’m not sure when she is coming back. It feels so lonely here, or at least it would if I didn’t have my big and strong Ursaring to remind me I need to keep myself held together. No amount of abandonment could ever make me feel like I need to look over my life choices. My wife is wrong for leaving and she is going to be the sole reason why our son grows to be all messed up in the head as an adult. Make sure you don’t end up like me, force your children to like only the cool and manly Pokemon, I guarantee you it's the only thing that can save your son and your life at home.