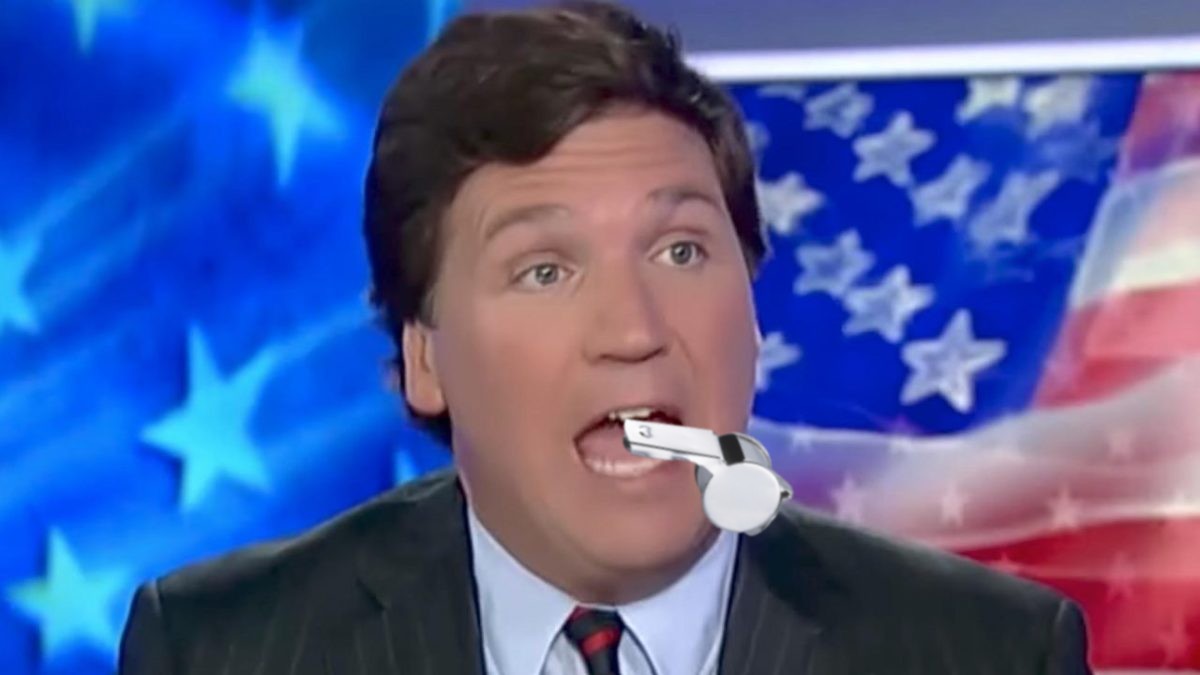 Last Friday, unofficial (but very official) savior of the white race Tucker Carlson structured his show a little differently. While Tucker usually will open with a monologue about important, life-changing issues, like how the fetish of diaper-wearing among adults is making America gayer and by extension weaker, he chose to open Friday’s show with just uninterrupted footage of him blowing a high-pitched dog whistle.

While many of Carlson’s viewers were initially shocked and frankly a little confused to see this break from tradition. However,10 minutes in, they were reportedly all glued to the TV, not saying a word.

As soon as Carlson put the whistle away, they all reportedly started yelling about Hunter Biden smoking parmesan and why that will lead to war with Iran. While nobody knows what this new format will yield, it’s clear to this reporter that Tucker’s viewers understand the meaning of his dog-whistling very well.