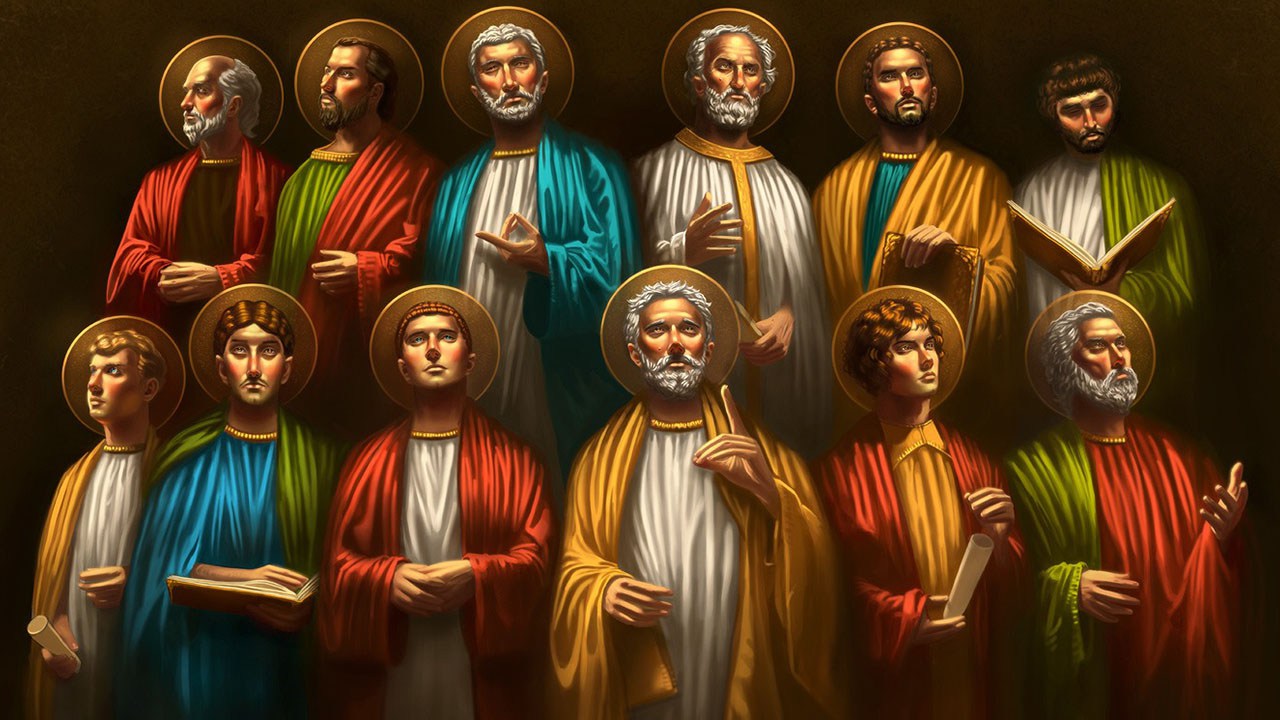 Virgins and Chads: The 12 Disciples Ranked By How Based They Are

Fuck it, we’re ranking the disciples. You know them. You love them. They’re grown men who followed around Jesus as his groupies and most of them died in badass ways. However, not every disciple is made equal. In every group of men, much like lobsters, there is a hierarchy that all men fall into. Some are chads while others are total virgin cucks. The disciples were not immune to this.

So if you’ll allow me to put on my theologian hat for a minute, we’re gonna rank these bad boys from virgins to chads.

Sorry man, but there’s already a James and…I mean, well, you’re gonna make me say it, huh? Look, if you were the better James, you wouldn’t have that name. I mean literally, your name might as well be James the cucky bitch who’s lamer than the other James.

I know what you’re thinking. A dude who went on to inspire invoke Bart Simpson’s namesake must be one cool dude. However, this dude is no prankster. He doesn’t even have a catchphrase like “ay caramba.” No, this Bart came from royal blood, which we all know means (((global elite))) blood.

Plus, his other name is Nathaniel??? which…I mean come on, choose one name man, you don’t get two.

Look, the lamest chipmunk from Alvin and the Chipmunks is named after you, and that foes a long way with me. Sure, you’ve also got Simon says, but let’s be real, no one was following you in the Bible.

Simon was a crazy Zealot who hated Rome, which is insane because Rome was actually pretty badass. Simon’s not in the Bible much because he’s not that important. Plus, he’s the poster child for making the transition from fisherman to “fisher of men”, which, well, you can guess what that probably means.

John is a pussy first and foremost because he’s one of the only disciples who didn’t have a badass death. Judas hung himself, Bart was flayed alive with knives, and Peter was crucified upside down. But John died of “natural causes.” BOOOOOOO

Absolute bitch-made, thinks he’s hot shit because he wrote revelation but he got most of that shit from God, so really he’s just a silly little scribe.

I’ve got no feelings on Andrew. He introduced everyone else to Jesus. He’s kind of like that friend who connects everyone but then everyone else likes each other more, but you keep him around because he technically is the reason you guys are friends.

He gets points for being crucified, I guess, but it’s an x shaped cross which seems easier for some reason.

James gets this spot simply for not being the lesser. That basically makes you a bull. HOWEVER, he’s the brother of John, that pussy who died of natural causes and that really brings James down a bit for me.

He’s a good fisher, but basically, all of these guys are.

This dude honestly rules. He’s a tax collector, one of the most admirable jobs there is. While all these other dudes are sitting around, getting drunk and catching fish, Matthew is kickin’ down doors and saying “HEY WHERE’S MY MONEY.”

I know, effeminate sounding name, but Phillip is a pretty Chaddy Kathy. He kind of codified the cross, plus, he was a big traveler so he’s got all those theology scholars confused on his timeline.

He died by hanging, which is objectively the coolest way to die and he was one of the first people Jesus said words to in the bible, which means you’re important. It’s like the Bible says, whoever is chosen first will be first forever because that means you’re badass.

My dude Thomas was so elusive that Matthew, Mark, and Luke didn’t even know what to say about him. John finally gets some info about him, and man, this dude was a doubter.

A skeptic at heart, Thomas was the kind of guy who “does his own research.” You know he wouldn’t be getting that jab if he were alive today. That’s what makes him cool, that he’s not just gonna do what the “scientific community” or “Jesus” tells him to.

The star of the show. The true leader before Jesus came. Peter is the alpha of the group in the most traditional sense. He was crucified upside down and he denied Jesus to save his own skin (which is pretty smart) but then he made up for it by being a martyr. Truly Chad material,

More like Chaddeus! This dude wanted Jesus to rule as a king instead of die like a wimp. That’s pretty cool and forward-thinking. But honestly, he got the second top slot so I could make that Chad pun.

While Judas may not be the traditional alpha male he’s something more based: a sigma. Is there anything cooler than betraying your Lord? It’s a true sigma move that shows all the qualities we love at ManFacts – aggression, confidence, and Chadittude. Salute to Judas, the realest one out there.