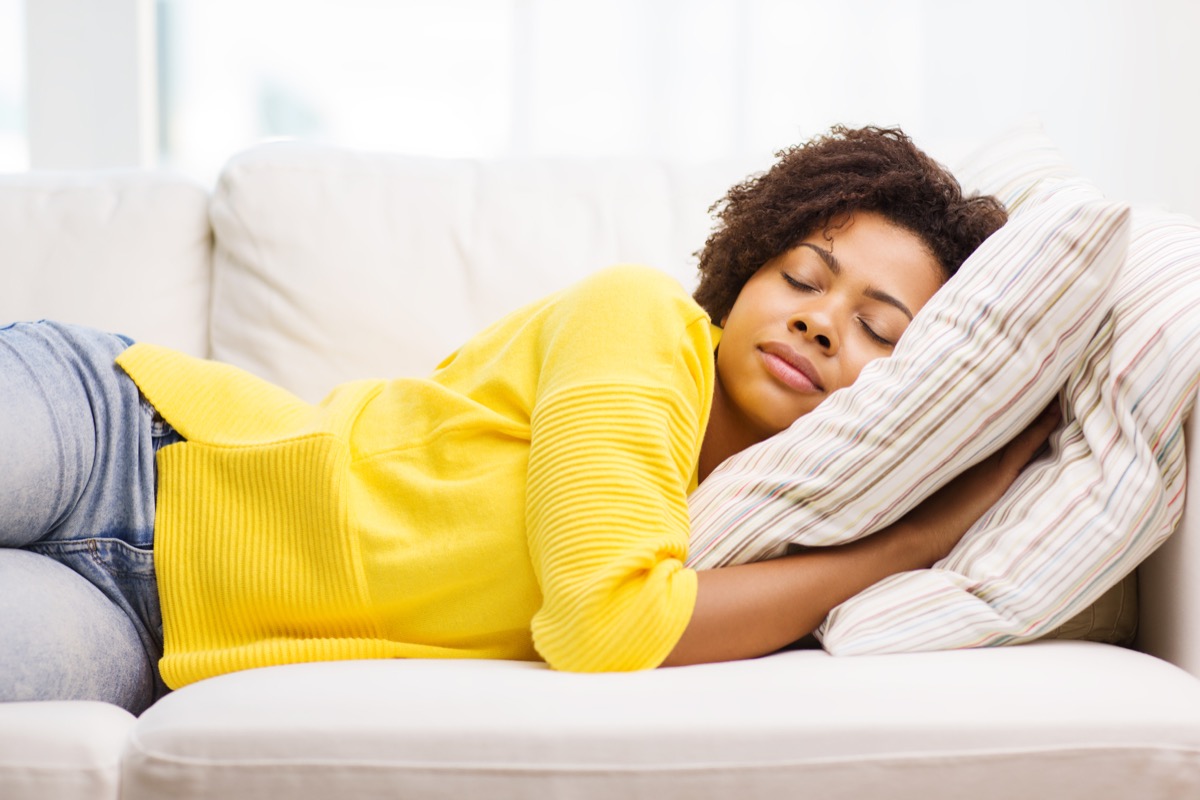 5 Movies That Are So Good, She Will Fall Asleep

When you have your woman over, and you wanna impress her with your incredible taste, you might think to show her a movie. But which one? There are so many good male-directed movies to choose from!

You could watch a Tarantino movie or a Sorkin movie, or really go out of the box and watch a Polanski movie (which by the way, if she can’t appreciate on its own as a piece of art, she’s too independent-minded). It can all seem a bit overwhelming, but have no fear, ManFacts is here with a list of the top 5 movies that are so good she will fall asleep.

You’ve seen it, she hasn’t, we don’t know why though; it’s a classic. She may have heard of it due to the seven posters of it you had in your college dorm room, but every time you bring it up she reminds you that today isn’t about you, it’s about her sister’s baby! Whatever reasons she might have for not wanting to watch it, tell her that it’s one of your favorite movies and that if she doesn’t like it, this isn’t going to work. After all, women LOVE an ultimatum (except the Bourne Ultimatum for some reason, even though that’s also a banger).

After you take out the Reservoir Dogs DVD and bicker for a bit about some financial issues the two of you are having, you’ll pull out your $40 Criterion Collection copy of 12 Angry Men that you bought with the money that was allocated for basic necessities that week. You’ll then tell her that if she’s gonna keep arguing about what movie to watch, maybe this is a sign that this isn’t going to work. But then you’ll both calm down, put the DVD on and begin to watch one of the greatest pieces of art ever created (and that’s saying something since Joker exists).

While watching, be sure to comment on the aspect ratio and how this print of the movie was preserved for its authenticity. She’ll shush you, and remind you that you got mad at her for talking during Reservoir Dogs. Reminder HER that what YOU’RE saying enhances the film-going experience. She’ll totally understand, and not be mad at all.

Okay, so it might turn out that she’s actually very mad, and she’ll ask you if you wanna have this fight right now. You’ll respond, “you wanna see two people fighting, I’LL SHOW YOU two people fighting!” To which she will respond, “please, it’s 1 am, I have work at 7.” To which you’ll say, “you know who had trouble sleeping, Edward Norton’s character in Fight Club! Just enjoy the movie!”

She will initially be pretty bored and will keep reminding you that this whole fight you two are having is ridiculous, but don’t let that stop you from forcing her to enjoy this cinematic masterpiece. As soon as Brad Pitt comes on the screen, however, she’s gonna start performatively ogling over him, actively commenting on how fucking hot he is, and this is when you’ll shut the movie off and yell, “WELL NOW NO ONE GETS TO WATCH A MOVIE!”

She will say, “So that’s it? You’re just going to turn it off because I like Brad Pitt?” And you’ll say, “You wanna see people who LIKED Brad Pitt, I’LL SHOW YOU people who liked Brad Pitt!”

Once Upon a Time in Hollywood

The first observation that she will make while watching this one will inevitably be that “most people in this movie DON’T seem to like Brad Pitt. Why did you say this was a movie where people LIKED him?” To which you will say, “to me, it’s more important to be respected than to be liked,” to which she’ll say, “that makes a lot of sense.” This will make your blood boil and cause you to blurt out, “what the fuck is THAT supposed to mean?” and then you’ll accuse her of wanting to fuck Brad Pitt again, to which she will say, “this movie is so boring, not even I want to fuck him in THIS movie. Nothing remotely interesting is happening on screen.”

“It’s in French,” she’ll say, to which you say “oh so you have a problem with French people?” She’ll shrug and start to nod off. Make sure to clap your hands and shout in her ear to make sure she doesn’t miss the 9-minute rape scene that’s about to come up. “A rape scene?” she asks.

She’ll start to get up, so it’s important to contextualize and explain the entire plot of the movie to her, the history of rape-revenge films, and the political climate of France in the ‘90s. I’ll level with you, the second La Tenia pushes the woman on the ground, your girlfriend’s going to start getting ready for work. Oh well, more for you.

“Can I have some of your Adderall,” she’ll ask. You’ll say, “I sold the rest of mine to some middle schoolers to be able to afford the Unrated Director’s Cut Version of Irreversible on LaserDisc.